Check out Matt’s review of the final night of Lucy Spraggan’s 2017 tour, in support of her album, ‘I Hope You Don’t Mind Me Writing’…

It was the final night of Lucy Spraggan‘s March 2017 tour, in support of her most recent album, I Hope You Don’t Mind Me Writing (album review here), and what an incredible show to close the tour! With support from Joe Mongan and Katie London, the night was definitely one to remember!

Joe Mongan is a singer/songwriter who warmed up the crowd nicely – he had a good voice and one or two good songs that got the crowd going; he had an understated confidence about him.

Katie London took to the stage, exuding confidence. Her vocals were powerful and her songs catchy. She was fantastic at engaging with the crowd and used her wit and down-to-earth demeanour to charm them between songs. I can foresee great things for this stunning songstress!

Highlight: The incredible power to her vocals and her between-song banter was on point. 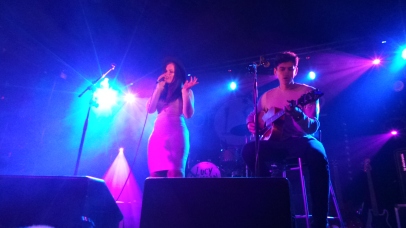 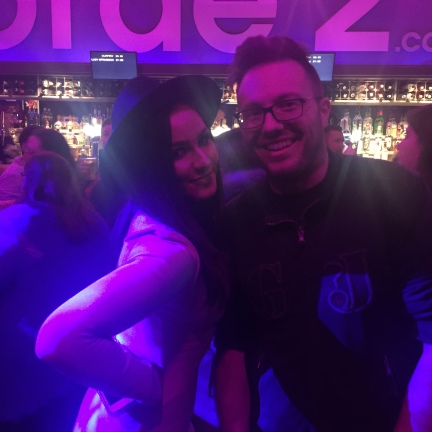 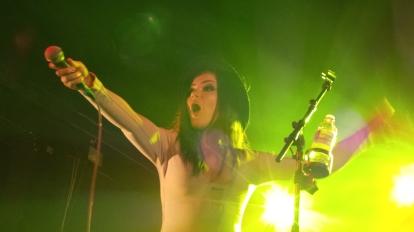 The last time I saw Lucy Spraggan perform was on her acoustic tour and so seeing her perform with a full band tonight was a whole different experience – both were amazing in their own way!

She took to the stage with huge applause and a sense of anticipation, awe and sheer adoration swept throughout the crowd. The moment ‘You’re Too Young’ began, the fans were singing every word; in fact barely a moment went by when the audience couldn’t sing along with her – they know every word of every song and hang on to every word she sings and says. The sense of fan-family is rife at any Lucy Spraggan show – they know just about every story she has to tell, screeching with joy at her anecdotes and join in with anything she asks of them.

Fan-favourites such as ‘Last Night (Beer Fear)’, ‘Unsinkable’ and new song ‘Loaded Gun’ had the crowd chanting along like mad but my favourite song of the night was ‘Wait For Me’ – already an upbeat, catchy track; it was made even more intense by bringing it back a couple of times (just when you thought it was over) and upping the tempo each time – leading it into a high-energy, frantic rendition, ending the show on one ultra, massive high. Then there were the performances of songs like ‘Dear You’ and ‘Grown Up’ which didn’t leave a dry eye in the house – that’s one of the things that makes Lucy Spraggan so special; her ability to tell stories through her lyrics is a work of art.

I myself am a big fan of Lucy Spraggan but I would defy anyone to leave one of her shows without being in total awe of her talent, appreciating her devotion to her art and captivated by her abundant energy.

Finally, I want to say a MASSIVE thanks to Ben for having me come down and do the review –  and to Lucy Spraggan for another fantastic performance!