Editors are an English rock band from Birmingham who have enjoyed many career successes, including two platinum studio albums (out of five, to date), a Mercury Prize nomination and two albums entering the charts at Number 1. Now, in 2018, the band are releasing their sixth studio album, Violence. Here’s what we think of it… 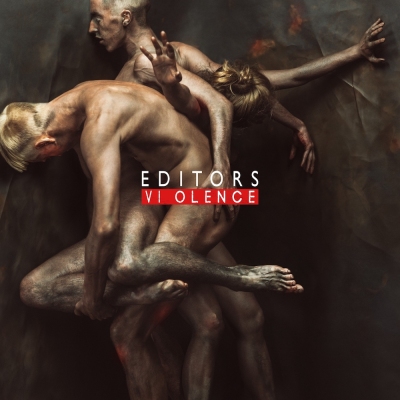 Let’s just start by saying that this album is a far cry from their post-punkesque, 2005 debut, The Back Room, yet somehow they’re still recognisable…but then maybe that’s the beauty of this band; they’re always growing and always changing, but manage to still be the same, iconic band.

The lead single, ‘Magazine’ is a bold, electro-rock song that is like something you might expect from Depeche Mode, whilst ‘Hallelujah (So Low)’ is acoustic and melodic in places, yet very heavy and industrial-sounding in others; it’s like the lovechild of Coldplay and Nine Inch Nails – not two bands you’d ever expect to be put together, but oddly…it works! Whilst the album has moments of purposeful, off-key darkness, there is just as much positivity and lightheartedness. ‘Darkness At The Door’ is probably the most out-and-out electro-indie/pop song on the album, whilst ‘Cold’ is a stadium-filling, lighter-waving ballad.

This feels like something very different, very new and very exciting for the band.

In other places, this album has similarities with Take That (‘Nothingness’) and even a melody from Chicane‘s ‘Come Back’ struck me in the title track, ‘Violence’. That’s not to say the band are copying from others; they’ve actually just produced an incredibly diverse and eclectic album, that truly has a bit of something for everyone. It has been largely supported by a guy called Blanck Mass (aka Benjamin John Power), who is known for making heavy electronic music and produced by a man named Leo Matthew Abrahams, who has worked with the likes of Imogen Heap, Brian Eno and Florence And The Machine. That’s perhaps why this album has so much distinctiveness to it.

Having worked closely with the two, singer, Tom Smith, said, “When it’s electronic, it’s very electronic. But then when it’s guitar-y, it’s very band driven. I think we’ve managed to find the balance of those two things better than we have done before.” He goes on to say, “I think there’s a balance here between melody and brutality that I don’t think we’ve managed to get before,” and that’s very true; this feels like something very different, very new and very exciting for the band.

This is an incredibly strong album from a well-established band. For so many others, it’s easy to slip under the radar by your sixth album but that won’t be a worry for Editors with this release. Whilst the band have not had a Number 1 album since their third record, In This Light and on This Evening, they’ve managed to create something special with Violence. In fact it would be very surprising if this doesn’t reach enter the charts inside the Top 3, if not Number 1.

‘Violence’ is out now and can be downloaded from iTunes – https://itunes.apple.com/gb/album/violence/1328602125

We hope you’ve enjoyed our review of Editors’ sixth album, Violence! What do you think of it? Are you as much of a fan as us? What would you rate it? Please leave your thoughts in a comment or chat to us about it via our social media.