The Dangerous Summer are a rock band from Maryland, USA who formed back in 2006.

The band released 3 studio albums before parting ways in 2014. However, since reforming in 2017, and releasing their fourth, self-titled album (The Dangerous Summer), the band are now unleashing their fifth studio album to the world, Mother Nature. Here are our thoughts on the record… 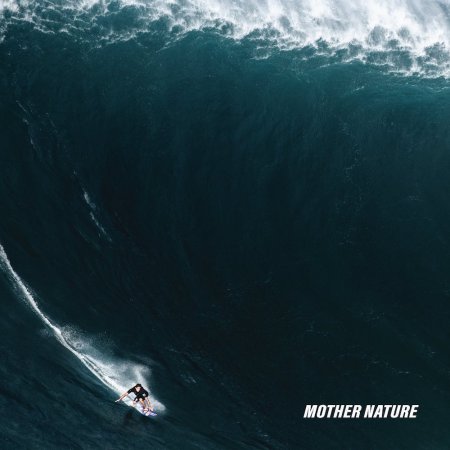 This feels very much like the album that should have arrived in 2018 to mark the band’s resurrection, because this album is pretty sublime. It’s a unique brand of melodic and mature emo-esque rock that isn’t afraid to talk about feelings in a direct way.

It opens with ‘Prologue’ a track led with a positive voice message from a female, letting the recipient know that she’s there for them. It’s actually a nice, uplifting message that somehow manages to feel personal to us, the listener. Pretty quickly, we’re then catapulted seamlessly into ‘Blind Ambition’, a track with a pretty amazing guitar line that somehow feels forcefully positive, to the point it gives me goosebumps.

There is something quite beautifully simplistic about the way difficult, even tumultuous events in our own lives can be compared to the unstoppable forces of Mother Nature, at times, leaving us weak and powerless – it’s truly poetic. This is displayed with wonderful imagery on tracks such as ‘Virginia’ and ‘Bring Me Back To Life’ with powerful lyrics like “I must be weak, if you couldn’t tell, I couldn’t breathe, bring me back to life now, bring me back to peace, give me back the sun now, can you give it back to me?”

It’s not quite a concept album, yet at the same time kind of is; whatever it is, it works…really well!

‘Mother Nature’ itself is a track that really encapsulates the tone of the record. It’s a song about having hope, accepting changes we face in life and being bold enough to embrace changes within ourself. Perdomo successfully evokes powerful imagery of mother earth and nature, and sells his own willingness to become a part of it.

Equally, the album’s lead single, ‘Where Were You When The Sky Opened Up’, has an apocalyptic feel to it, describing facing demons head-on and attempting to mature.

Other tracks to pay attention to include: ‘Starting Over / Slow Down’ a track of two halves – the first half is slow and melodic with vocals that cross over each other, whilst the second half is more synth-driven and up tempo with an amazing, all-consuming, drum ending. ‘It Is Real’ see Perdomo sing of drug-taking and trying to understand the world with a deep sense of nostalgia. The metronome sound throughout is pretty cool too. ‘Better Light’ has this amazing vocoder-esque intro that sounds somewhat like an Imogen Heap track that builds with soaring falsetto vocals – it’s very euphoric and ethereal. Lastly, there’s ‘Consequence Of Living’, an almost a positive look back at the end of your life and being able to observe how you lived your life.

One major thing that can’t go unnoticed is AJ Perdomo‘s sensational vocals throughout the album! He delivers emotion with utter sincerity from incredible falsetto to aching melancholy with some seriously angst-ridden screams on the likes of ‘Way Down’ – an angry, heavy rock song about dark thoughts; possibly one of the best tracks on the record?!

Mother Nature is an exciting return for the band – it feels like they’ve found a sound and style that works for them. It’s not quite a concept album, yet at the same time kind of is; whatever it is, it works…really well! I defy people not to find themselves drawn to this record time and again to indulge on its honesty to reflect on life’s big events. There’s a real feeling of excitement I get from listening to this album and I can’t wait to see what the band do next!

‘Mother Nature’ is out now and can be downloaded from iTunes – https://music.apple.com/gb/album/mother-nature/1458152823

Where Were You When The Sky Opened Up (Official Music Video)

Bring Me Back To Life (Official Music Video)

We hope you’ve enjoyed our latest review! What do you think of this band’s fifth record, Mother Nature? Are you as much of a fan as us? What would you rate it out of 5? Please leave your thoughts in a comment or via our social media.