Justin Bieber is a Canadian pop powerhouse, notable for songs such as ‘What Do You Mean?‘, ‘Sorry‘ and ‘Where Are Ü Now‘.

‘Anyone’ marks the first new song since the release of his 2020 album, Changes and sees the singer take on a new, optimistic sound somewhere between 1980s and 1990s pop.

When talking about the song, Bieber said: “‘Anyone’ is such a special, hopeful, anthemic song. It sets the tone for a brighter new year full of hope and possibility.” It couldn’t have come at a better time with its release on January 1st 2021, setting the tone for a new year and new hope.

So far, the song has reached Number 4 in the UK Singles Chart.

In the music video, Bieber portrays a 1940s boxer whose love for his partner inspires him to train, fight, and eventually overcome a potential knock-out on his journey to becoming a champion boxer. He even covered up all his tattoos for the shoot. It’s well worth a watch.

What are your thoughts of this massive tune? Do you have a #TunefulTuesday track to recommend us? Please leave your thoughts or song suggestions in a comment or via social media.

Simple Creatures are an American pop rock duo made up of Mark Hoppus (blink-182, +44) and Alex Gaskarth (All Time Low).

To date, the pair have released a couple of EPs – both in 2019 – and had a string of singles but possibly their most catchy song is this track, ‘One Little Lie’. This is such a great crossover between pop and pop punk with it’s rockier verses and synthpop style choruses that you can’t help but just want to listen to it over and over again.

Lyrically it is diverse too and resonates with quite a few people, I’m sure – I know it means a lot to me and provides an anthem for my own recent struggles, so I’m sure it does for others too.

The video for the song is pretty fun too, packed with facts and lies, leaving the viewer to decipher between fact and fiction as the pair become increasingly surrounded by objects referenced in some of the lyrics.

Turn this track up loud, put it on repeat and enjoy the video!

What are your thoughts of this duo’s catchy track and fun video? Do you have a #TunefulTuesday track to recommend us? Please leave your thoughts or song suggestions in a comment or via social media. 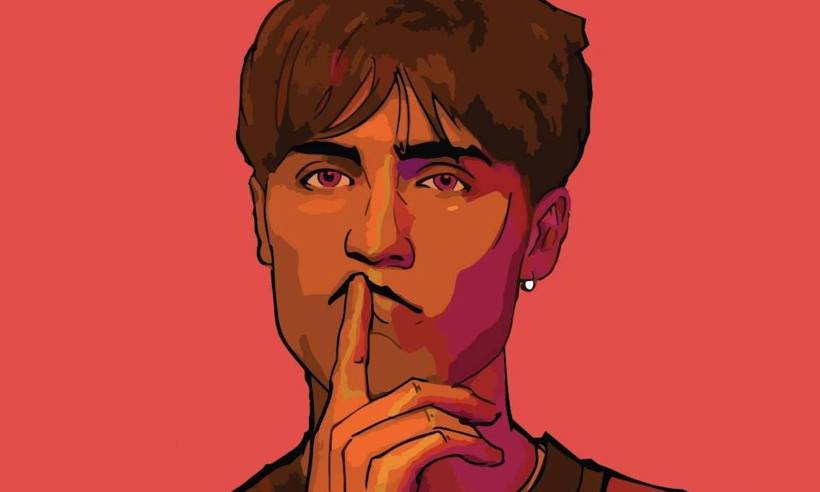 It’s been a couple of years now since Will Joseph Cook released his debut album, Sweet Dreamer, but the catchy indie-pop, anthem-writer is back with a brand new single… and it would appear he’s parted ways with Atlantic Records.

His latest offering, ‘Hey Brother’, comes following a witty video announcement hinting not only of this single release, but a forthcoming album too!

‘Hey Brother’ is still distinctly Will Joseph Cook – his ethereal high vocals in the choruses are married with his more apathetic tones in the verses. One thing’s for sure, his voice remains unique and captivating, as ever.

This track also demonstrates his marvellous songwriting talent, as he uses a simplistic yet catchy guitar melody and loops it, bringing it in and out of the focus, whilst also continually layering up the track to bring it to a great, harmony-driven climax.

This layering is reflected in the music video for the track too, which sees multiple versions of the singer appearing throughout. He’s not one to settle for something visually drab and so this too shows that he’s remaining true to his artistic nature, once again showing how powerful it can be when coupling music and interesting visuals. Check it out below!

What are your thoughts of this indie singer-songwriter’s latest single? Do you have your own #TunefulTuesday track to recommend us? Please leave your thoughts or song suggestions in a comment or via social media.

‘Hey Brother’ can be downloaded off iTunes now – https://music.apple.com/gb/album/hey-brother-single/1469264663

There’s something instantly gripping about Lauv and Troye Sivan‘s recent collaboration, ‘i’m so tired…’, meaning I just can’t get this song out of my head!

Maybe it’s the repetitiveness of the chorus, the brilliantly-used vocal distortion and electronic harmonies, used periodically throughout, or perhaps it’s the combination of a light guitar tied with the electro drum beat and sharp finger clicks that have created something wonderfully unique, resulting in the song living on repeat for me.

One thing’s for certain – this track is already one of my favourite songs of 2019 and the year has barely begun! I’d love to hear a collaboration album from the pair!

The video for the song is pretty cool too – I love how it’s stylised to be like an old 70s/80s camcorder capturing home video-style footage, such as Troye Sivan riding on top of a car, through the neighbourhood. Equally, the lyrics are brilliantly reflected, with Lauv performing amongst various couples, as though he’s not there; a great little storyboarding idea!

What are your thoughts of this incredible collaboration between Lauv and Troye Sivan? Do you have your own #TunefulTuesday track to recommend us? Please leave your thoughts or song suggestions in a comment or via social media.

Jordan Mackampa is a Coventry-born, singer-songwriter who has managed to combine his Congolese roots and Midlands upbringing and is deeply inspired by his mother’s love of the great soul singers, as such, Marvin Gaye, Bill Withers and Curtis Mayfield.

‘One In The Same’ is a combination of timelessly soulful vocals with catchy melodies, stunning harmonies and beautifully heartfelt lyrics, creating a captivating blend of folk and soul. The track was in fact co-written by Benjamin Francis Leftwich and Matt Ingram and produced by Cam Blackwood.

This is definitely the start of something magical for this artist and I look forward to hearing more from him in the months to come.

Unfortunately no music video exists for this track, as yet, but if one appears online, we’ll be sure to share it with you.

What are your thoughts of this singer-songwriter? Got a #TunefulTuesday track to recommend us? Please leave your thoughts or song suggestions in a comment or via social media.

Having recently become a duo, Prides are back with their incredibly catchy and attention-grabbing single, ‘Are You Ready?’

As big supporters of the Scottish indie-pop pair, we have been left feeling very excited and in anticipation for their upcoming album release; especially if this new song is anything to go by! The band have maintained their signature sound whilst intertwining it with echoing guitars and beautifully powerful vocal melodies. It’s passionate and intense whilst still remaining pop at the core – I guess you could call it mature pop!

It’s just one heck of a good song…well done guys…bring on LP2!

We got the opportunity to catch up with the band, about their feelings on recording their second album, what they’re listening to right now, and found out about a scary experience they had! Here’s what they had to say…

1. What’s it like going to write a second album? Do you feel there is a lot of pressure to make it as successful as the first?
It’s actually felt like the pressure is off a little bit! It feels like we have an amazing amount of support to just be ourselves, and to write the music that we want to write. It’s actually been a hell of a lot of fun.

2. How is the writing and recording of your second album going? Have you got a release date or title yet?
At the moment we just have a long list of songs, but we’re hoping to have things tidied up by the end of the year. No official title or date yet, but we’re not far off!

3. What’s the most embarrassing thing that’s happened to each of you, either whilst in the band, or in life?
Life’s too difficult to worry about being embarrassed.

4. What really grinds your gears?
People who expect for things to be handed to them.

5. Is there anything other than music you’re really passionate about?
Love, books, films, friends, family, trees and kittens.

6. What music have you been listening to most recently? Have you got a favourite song right now?
Bon Iver, Dua Lipa and The Innocence Mission. Our fave song just now is ‘Old Friends’ by Pinegrove.

7. Has anything really scary ever happened to you on tour? If so, what?
We once drove down an icy mountain in the dark in the French Alps. It really felt like we were going to go over the edge and plummet to our doom. And then someone was sick. Not a great day.

8. Have either of you got any disgusting habits?
No, we’re the embodiment of perfection.

9. What is your usual process for writing and recording? And where do you take your inspirations for songs from?
It’s nothing overly complicated. We tend to write and record at the same time, we take it in turns shouting ideas at each other, and slowly build the framework of the song. All the songs are inspired by moments in my life, thrown brazenly onto page.

10. What’s the best advice you’ve ever been given?
Wear sunscreen.

It was fantastic to hear from the band and I’m so excited to have had this opportunity. Special thanks to the guys for taking the time to take part in the interview and to Joly for setting it up for me!

What are your thoughts on Prides’ newest release? Has it got you excited for their upcoming, second album release? What’s your favourite Prides song so far? Please leave your thoughts, comments or own #TunefulTuesday suggestions in a comment below or hit us up via our social media accounts.

Enjoyed this? Check out our other interviews with: