Here’s a playlist of all the #MellowMonday songs we’ve featured during our first year…enjoy!

This week, Muzik Speaks turns 1 year old and to celebrate, we’re giving you a themed playlist, for each day this week. The playlist will contain all of the songs we’ve featured on our blog during the past year, all themed around the corresponding day. 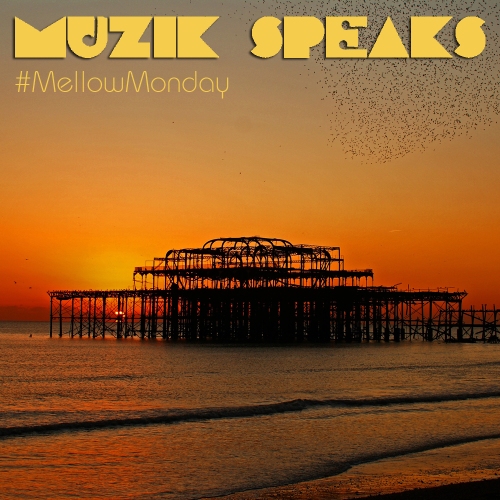 Last night (Saturday 27th February 2016) I was given the great opportunity to see The Japanese House perform at The Haunt in Brighton, and they (well, she really) was incredible! The supports were Kamran Khan (from the band Fake Laugh) and Isaac Gracie.

Usually performing as a band, Kamran Khan (singer and guitarist of Fake Laugh) took to the stage to play a decent solo set. The guy has nice vocals and showed off a decent range to his voice. He stated how there are usually more of them and that their set is usually “more rockin'” – presumably supporting The Japanese House, they were asked to strip it back?! It was a great way to start the evening.

Next to take to the stage was Isaac Gracie, a melancholic singer-songwriter from Ealing with the whole American hipster thing going on.

This guy captivated me instantly with his beautifully haunting yet powerful voice, which he seems to use gracefully and effortlessly! I was left in awe at how he utilises his vocal range and is able to tell stories of woe, through his music. I came away wanting to hear more and would love to hear an album from this guy – however, I am left disappointed to find that only one recording is available online; I guess I will have to wait patiently for the album to surface.

Highlight: The beautiful vocal melodies he weaves throughout his musical stories in each and every song.

Lastly, was The Japanese House, who made a full-on entrance with the epic sounds, created by the synths and drums before Amber entered the stage to big applause.

Despite her growing success, Amber appears to remain a humble and modest, if somewhat shy, person with her rather endearingly meek speaking voice and small stature. However, the same can’t be said for her singing; she applies power and conviction when it comes to her music and makes sure she puts across her music with the utmost integrity. She isn’t without her quirks though; she plays a right-handed guitar, left-handed! That’s talent!

The rather melancholic nature of her songs has clearly captivated a wide audience; the room was filled with young, teen hipsters, festival-goers and even a few older music-lovers; it’s amazing to see how her music clearly resonates with so many people. She joked about playing, “Another sad one for you, but then there will be a more happy one,” or words to that effect.

Amber Bain has deliberately remained rather elusive about who is behind The Japanese House, in order not to detract from the art and her androgynous vocals make the sound an interesting one.

I thoroughly enjoyed this performance and remained transfixed throughout. Although her stage presence may not be your typically over-energetic, must-entertain-the-audience style, she still had me entertained and I recommend anyone to try and see The Japanese House live; people of all ages will love her sound, no matter what genres you’re into; she’s got something to offer everyone.

Lastly, I want to say a massive thanks to The Japanese House and their management for putting me on the guest-list, so I could come and do this review!

It’s been another amazing month, full of wonderful music!

We’ve eased you into the week with songs by Chicane, The Japanese House, The Fray and Years & Years, brought you new music from Macklemore & Ryan Lewis, K Stewart, Sia and Justin Bieber, thrown back your musical memories with Meat Loaf, Sweet Female Attitude, Bjork and Sam Sparro and brought you some unusual songs by INHEAVEN, V1BE and Låpsley.

Chicane shared our post and we’ve been lining up some interviews for November – it’s been an amazing month and I can’t wait for November to start!

We hope you have enjoyed our song choices throughout October and you can find the Spotify and YouTube playlists below!

Please keep sharing our posts and sharing songs with us!

Rather an ambiguous artist, The Japanese House appears to be quite unidentifiable in terms of details about themselves. All we know is that it’s a 19-year-old Londoner who goes by the name of Amber Bain. Not much else is known.

That being said, ‘Cool Blue’ recently surfaced online and it instantly captured my attention with is sensationally simple sounds like a dream from the 80s brought into the modern music scene. The vocals are dreamy and the instrumentation is sheer perfection.

I implore you to admire this song for its beauty and I can’t wait to hear what the upcoming EP, ‘Clean’, has to offer.

Do you like this track? Have you heard it before? Please share anything similar to this with us, as we’re really loving this vibe right now!

‘Cool Blue’ is available for download from iTunes now – https://itunes.apple.com/gb/album/clean-ep/id1033795513