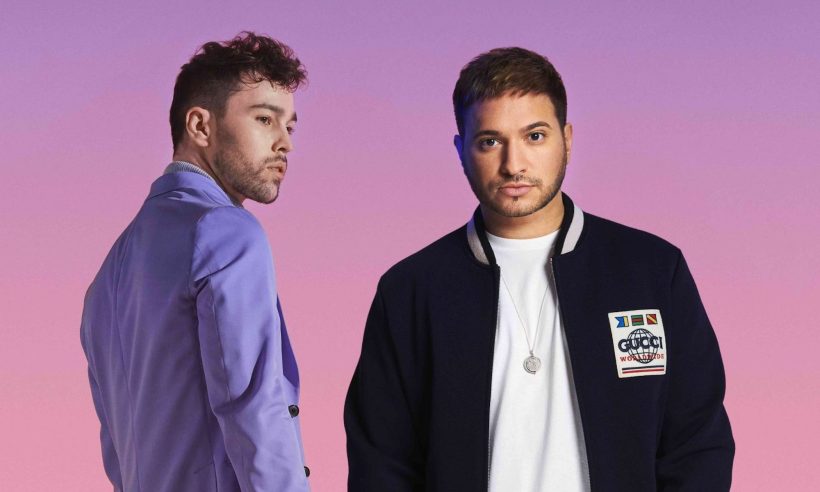 Since its release a couple weeks ago, the anthemic ‘Naked’ has amassed over 13 million global audio and video streams, but now the hit-maker Jonas Blue and exciting young talent MAX are releasing the club mix of their collaboration, which sees Jonas create a mix true to his roots.

This particular track is a high-octane display of the pop hitmaker’s specialist production talents. Armed with pumping kick drums and euphoric piano keys, the club mix adds a fresh dimension to the already, highly-infectious original, making it the perfect track for this week’s #FeelGoodFriday.

No music video has been released for the club mix but the original music video can be seen below, featuring the pair performing amongst neon and silhouetted ladies.

What are your thoughts of the club mix of this pair’s new single, ‘Naked’? Do you have a #FeelGoodFriday track to recommend us? Please leave your thoughts or song suggestions in a comment or via social media.

Ariana Grande is back with the first single to be taken from her upcoming fourth album, ‘No Tears Left to Cry’. Written by Grande herself, alongside Savan Kotecha and its producers Max Martin and Ilya, it is a rather different pop track to her normal style.

Don’t be mistaken, it’s still dance-pop at the core with a powerful vocal chorus, but it’s got some quite 90s pop and R&B influences to it and it’s certainly not an instant and obvious standout hit; this track is much more of a grower.

The video features Grande performing amongst a lot of disorientated scenery (which corresponds with the upside-down text of the single cover and leaks of Grande in a corresponding sweatshirt). It’s an interesting concept for the video, which was directed by Dave Meyers.

Emma Blackery is a singer-songwriter, YouTuber and author from Basildon in Essex, UK. To date she has 1.5 million subscribers on YouTube, with 148 million views and in 2016, she supported Busted on their Pigs Can Fly Tour.

Now, in 2018, Emma Blackery is releasing her new single, ‘Dirt’. With a decidedly electro-pop foundation, this track is topped off with Blackery’s rather British-sounding voice (which is quite refreshing!) and some explicit vocals; making it edgier than your normal dance-pop songs.

The video is a bit of fun with it’s quirky dances and neon pink and blue colours throughout; it’s not breaking any boundaries but it’s light-hearted and funky.

This is a great track by a great up-and-coming artist on the pop scene!

Very little is known about Netherlands-based act Mount Cashmore, but all I do know, is that after hearing this song played by Scott Mills on Radio 1, I love it!

‘Love You More’ is the debut single and my word it’s a huge anthem! All this needs is a bit more airplay and it could sky-rocket to Number 1! It’s got all the ingredients for success; a huge, sing-a-long chorus, banging beats and a strong tropical house flavour…I see big things for Mount Cashmore in the future!

HAPPY FRIDAY EVERYONE! Have a good weekend!

It’s unbelievable to think that Dario G‘s ‘Sunchyme’ is nearly 20 years old now! I absolutely LOVED this song first time around – I remember I first heard it on a compilation CD I have and was obsessed with it!

What I particularly love about this track is that it hasn’t aged – it’s timeless! It features samples of ‘Life in a Northern Town’ by dream pop band The Dream Academy. I also loved the music video for the song with its use of African tribes people covered in paint to make them look like animals native to the land – it’s interesting and captivating.

The song unfortunately never reached Number 1 in the UK as it was held off the top spot by Elton John‘s ‘Candle in the Wind 1997’ dedicated to Princess Diana’s death, but Number 2 is still one heck of an achievement!

So, what did you think of this song first time around? Are you new to hearing it? If so, what are your thoughts. Please share your thoughts or own #ThrowbackThursday choice in a comment below or via our social media.

Blimey, who’d have thought this song is 10 years old now? Certainly not me!

Scissor Sisters released this song back in 2006 and it stormed to the Number 1 spot and dominated it for a while!

The band have been on a hiatus since 2012, but ‘I Don’t Feel Like Dancin” just goes to show what a powerful pop force they were! The song was penned by the band’s very own Scott Hoffman and Jason Sellards (Jake Shears) and none other than Elton John, who also provides the piano in the song!

This was, and still is, an incredible song that just begs to be played loud, sung along to and maybe have the odd move busted to.

What were y0ur thoughts of this classic Scissor Sisters song when it was released? Are you still a fan of it today? Please write your thoughts in a comment below or leave us your #ThrowbackThursday choice.

It seems like we’re becoming the Sigala fan page as I think we’ve featured every single he’s released so far, but damn, the man can produce good songs!

Sigala (Bruce Fielder) has released his fourth single, ‘Give Me Your Love’ featuring John Newman and Nile Rodgers. It’s got that ultimate feel-good factor due to the funky vibes from Nile Rodgers alongside Sigala‘s trademark dance-pop and tropical house vibes. The whole track is topped off with John Newman‘s husky vocals – it’s just amazing!

Make sure you check out the music video below too!

What do you think of the song? Are you a Sigala fan? Will he release an album soon? Please share your thoughts, comments or own #FeelGoodFriday song choice below or via our social media.

‘Give Me Your Love’ can be downloaded off iTunes now – https://itunes.apple.com/gb/album/give-me-your-love-feat.-john/id1099919450

We’ve featured Matoma before with his previous singles, ‘Paradise‘ and ‘Running Out‘, and he’s back with another epic tune.

Becky Hill‘s vocals on this track are immense (and reminiscent of Ella Eyre) and just husky, crackly and powerful in all the right ways.

Matoma‘s production is incredible, as usual, and contains the perfect mixture of pop and tropical house.

This is surely THE song of the summer!

‘False Alarm’ is on iTunes for downloading now! – https://itunes.apple.com/us/album/false-alarm-single/id1125071058

Troye Sivan is an Australian singer who was born in Africa. He has also been known for his acting and YouTube videos, as well as his music.

Although this song was released back in September 2015, I’ve only just picked it up now and it’s awesome! The vocals are incredible, the lyrics are great and the track is well-produced!

Also, Alessia Cara is blowing up in the UK right now and so she is a great addition to the track too!

Deepest Blue were an electronic music duo, comprised of Matt Schwartz and Joel Edwards, who were active from 2002-2005.

Their first single, the self-titled ‘Deepest Blue’, was released in 2003. The song was originally recorded as a different version, but did not gain any interest, but when it was re-recorded and released, it reached Number 7 in the UK charts. It was due to the song’s progressive house feel that the song gained interest, as the genre was popular at the time.

In February 2004, the pair released their second single, ‘Give It Away’. The song is a catchy, deep house song, which provided the duo with another Top 10 hit, reaching Number 9 in the UK Charts, and it’s probably my favourite song they’ve released.

Deepest Blue – ‘Give It Away’

Although their fourth single, ‘Shooting Star’, failed to reach the UK Top 40, it’s a great song due to the fantastic string arrangement; it’s powerful and instantly recognisable.

Released in August 2004, it was the fourth single taken from their debut album, Late September, but it was prominent for its use on Sky Sports News and Soccer Saturday from 2004 to 2007. It’s still used by Sky Sports as incidental music during UK football matches.

This song is epic as it showed just how diverse this duo were and it’s such a shame that they are no longer about – maybe a reunion should be put on the cards! 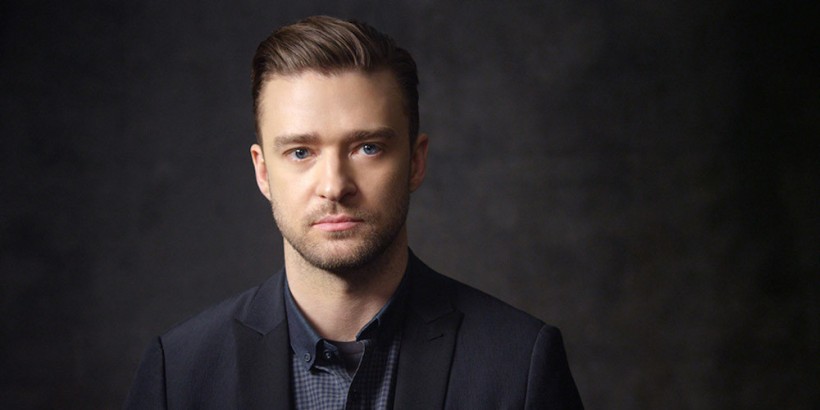 It’s been nearly 3 years since Justin Timberlake released new music, but last week was when the day came for a new song from him!

Released as the lead song from the upcoming Dreamworks Animation film, ‘Trolls’, it has definitely got that feel-good factor! It’s got the perfect combination of dance-pop and funk mixed with a touch of old-school disco.

Critics have been loving this song, as have fans and it’s clear to see why – I really can’t get enough of it! Turn your volume to 11 and dance the hell out of it!

Are you a JT fan? Do you like this new sound? Would you like to hear more of this style from him? Please share your #FeelGoodFriday songs with us too. 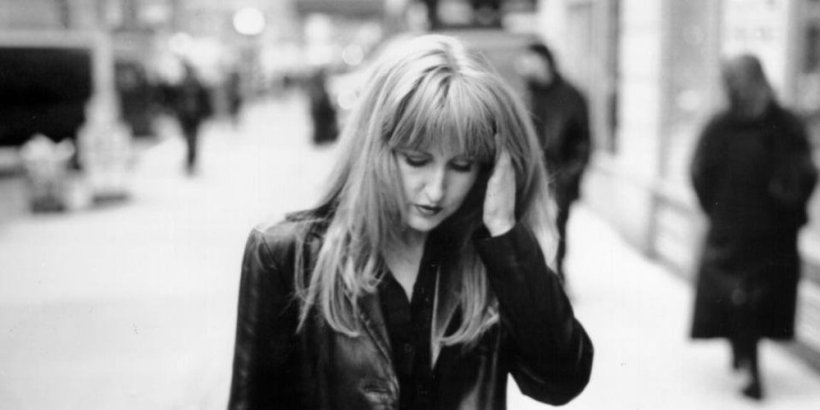 This is without a doubt, one of my favourite ever songs – I can’t believe it’s taken me this long to feature it! Maybe I’m biased as I have fond memories due to this track, but I just think it’s great!

The Welsh singer, Donna Lewis, released this song back in 1996, as the lead single from her debut album Now In A Minute. ‘I Love You Always Forever’ peaked at Number 5 in the UK charts and stayed at Number 2 in the Billboard Hot 100, in the U.S. for nine weeks.

The track is just beautiful in every way – it has highs and lows in all the right places and remains passionate yet calm throughout. It’s such a well-crafted piece of pop perfection that I don’t think I’ve ever heard a track like it since; it’s got a really magical quality to it which manages to captivates the listener instantly.

Do you know this song and do you remember it first time around? Are you new to it? If so, what are your thoughts? Please share your own #ThrowbackThursday tracks with us in a comment below or talk to us about it via our social media accounts.