Dappy is finally back with the epic new tune, ‘Oh My’ featuring Ay Em. The track has a distinct afrobeat vibe to it.

The tune is less obviously catchy than some of his previous hits, but it’s still a superb track; a real urban, summer song! Hopefully this will signal the upcoming release of his second album, tentatively titled Miracles.

The music video is based in London and sees Dappy and Ay Em performing on the streets, with some quirky animations weaving their way throughout.

Take from the soundtrack to the second season of Netflix series, 13 Reasons Why, Colorado pop rock back, OneRepublic, have teamed up with American rapper, Logic, to create an incredibly fitting track.

The band’s latest single features Ryan Tedder‘s stunning and passionate vocals, on top of a thumping, almost empowering beat, accompanied by a verse about suicide, by mental health advocate, Logic. It’s the perfect accompaniment to the latest series of the mysterious teen drama.

OneRepublic have released a string of new singles now, but no album has been announced…hopefully these are all signs of one to come!

No music video has been released, as yet, but the audio video can be seen below. If one is released, we’ll be sure to keep you updated. 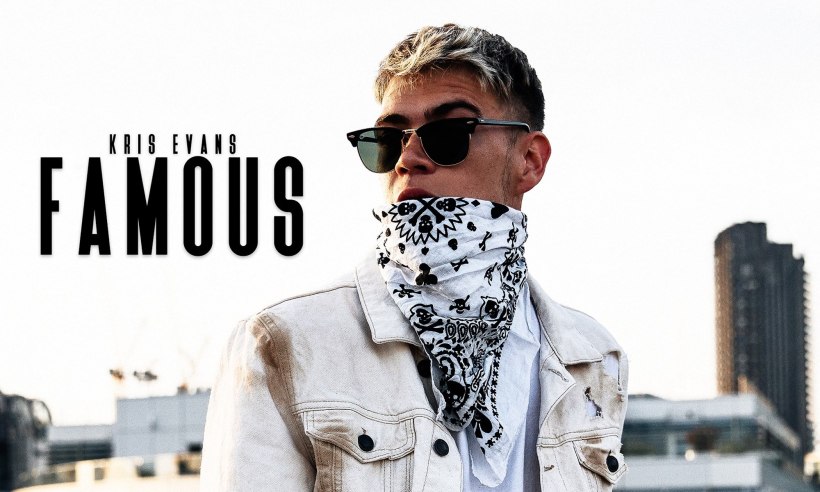 Think Dappy meets Chris Brown with a slightly more underground, urban edge but topped with a strong chorus and you’ve got this single; it’s genuinely one of the freshest songs I’ve heard recently and I can’t get enough of it!

Also, 2018 is already looking very promising for Kris, who’s been nominated for ‘Best Urban Act Of 2018’ at the Unsigned Music Awards! What’s more, Kris has further big plans ahead, which include more releases and some exciting live performances across the UK.

No music video has been released for this track yet, but if one does emerge, we’ll be sure to keep you updated.

What are your thoughts of this epic singer and monster tune? Got a #WildCardWednesday track to recommend us? Please leave your thoughts or song suggestions in a comment or hit us up via our socials.

If you’ve been following us for a while, you’ll know we’re a big supporter of Dappy and this song is no exception.

‘Kiss’ is the latest single to be released by the ex-N-Dubz and ‘Rockstar’ rapper and it most certainly has all the #FeelGoodFriday vibes going for it! It’s got the uplifting pop hooks in all the right places, current sounds to back it up and of course Dappy‘s incredibly distinctive vocals.

Although the video won’t win any originality awards, it suits the vibe of the song and sure as hell looks like he had fun filming it!

What do you think of Dappy‘s latest single? Would you like to hear more from him? Is this a sign of a follow-up album to 2012’s ‘Bad Intentions’? Please leave your thoughts, comments or own #FeelGoodFriday choice in a comment below or via our social media.

Tulisa is finally back with some brand new music and possibly one of her most divisive releases yet!

The track is a partial cover of the classic, 1999 garage track ‘Sweet Like Chocolate’ by Shanks & Bigfoot. Tulisa‘s version of the track puts a new spin on the chorus but she’s written her own verses to it. It’s a fun and uplifting song however fans have been divided by it, some love it, while others saw it that she was ruining the original.

What are your thoughts; love or loath? Personally we love it as it’s great to see Tulisa back on the scene?

After stumbling upon KYKO‘s previous release, ‘Native’, I have been on the lookout for his releases ever since!

I’m really excited that he’s released this follow-up, ‘Horizon’ and am eager for an album to follow.

The combination of guitars and electronic sounds are beautiful – a real auditory treat!

No video has been released yet, but as usual, we’ll keep you posted.

So, this month we got back in the swing of things and came back in full force! We shared new tracks by MOKS featuring James Arthur, Nick Jonas, Ellie Goulding, Pentatonix and Justin Bieber.

We also brought some Mellow Tracks by Timeflies and Ryan Adams, threw some Thursdays back with City High, Mary Mary and Stacie Orrico and brought some wild-card tracks by Galantis and Cartel.

We even did another interview, with Life Of Dillon and hopefully we’ll be bringing you another one in October!

We hope you have enjoyed our song choices throughout September and you can find the Spotify and YouTube playlists below!

This month, we’re bringing you two new banners; ‘Happy Robot’ (at the top of this post!) and ‘Dopey Face’ – keep an eye out for them both at the top of our blog!

James Arthur is remembered for his appearance on X Factor and for making several controversial statements, but after some time away from the limelight, he’s looking set to make a return as the featured vocalist of MOKS‘ new track, ‘Otherwise’.

An interesting house track with Arthur’s amazingly haunting vocals and infectious whistles, this song has huge potential! No video has been released yet, but we’ll keep you updated!

‘Otherwise’ is available for download from iTunes right now – https://itunes.apple.com/gb/album/otherwise-feat.-james-arthur/id1029927542

So by now it might be easy for you to guess that I’m a bit of a Dappy fan, but the guy is a true talent and it should be appreciated just how much he’s achieved and that he’s build himself up from nothing; with grit, determination, passion and his raw talent.

This song is the third release from his upcoming album ‘Miracles’ and once again it is filled with passion, honesty and just plain amazing writing! I’m sure you’ll agree that this is a great song!

So #Two4Tunesday is done for the week but would you choose some different songs? Please leave your choices in a comment below.