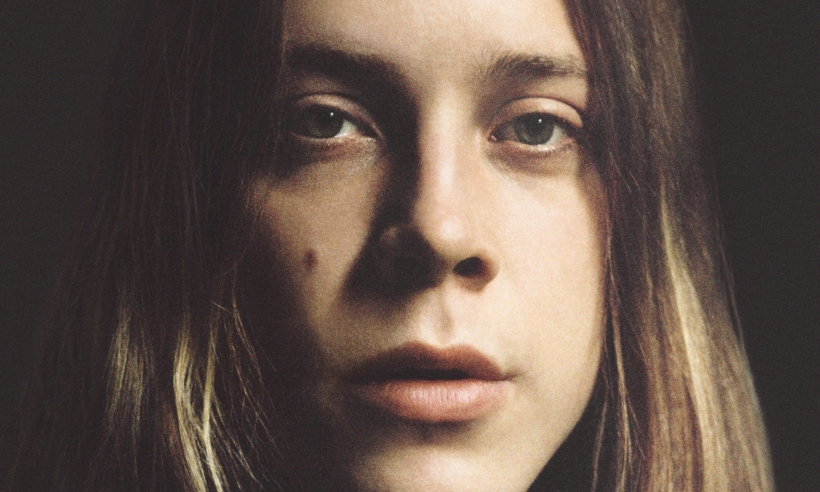 Isaac Gracie is an incredibly talented singer-songwriter, hailing from London. From humble beginnings, his 2016 demo, ‘Last Words’ caused a big stir online, leading to the head of Universal Music flying over from LA just to see him perform, resulting in his signing to Virgin EMI. Now, in 2018, the songsmith is releasing his debut, self-titled album. Here’s what we have to say about it… 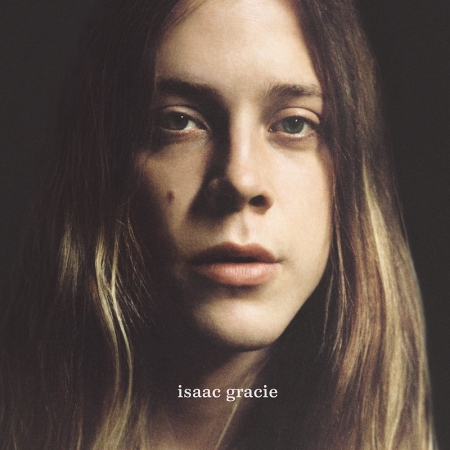 Every so often an album comes along that is both exciting, inspirational and sonically diverse; groundbreaking even…this is definitely one of those albums! (The last album I felt like this about was Will Joseph Cook‘s Sweet Dreamer.)

Whilst growing up, Gracie’s father left the family home and since signing to Virgin EMI, his longterm relationship sadly ended, but out of the ashes of these life-influencing events came some fantastic songwriting material, resulting in this incredibly powerful debut. As such, throughout the album, there are strong themes of abandonment, guilt and heartbreak; this honest approach and willing exposure of his emotional vulnerabilities is nothing new to songwriting but the way it marries up with the instrumentation is simply marvellous.

Opening track, ‘Terrified’ (think Elbow meets Harry Styles‘ ‘Two Ghosts’) chronicles Gracie’s own fears and insecurities surrounding the hype about him, singing, “I’m terrified that maybe, I wasn’t cut out for this.” He really needn’t worry though; he certainly is cut out for this!

‘Last Words’ is a huge track for him; it’s the song that kick-started the buzz about him and whilst it’s very different from the demo, he admitted that he spent quite some time playing around with different versions before settling on the one that’s now on the record. He’s managed to strike a great balance between the original demo, maintaining some of it’s raw essence but also brought more depth to it with the addition of strings. Imagine a track by The Beatles that’s been countryfied and you get this!

The brilliant blend of highs and lows, and fusion of indie, rock, country and latin flavours has genuinely created one of the most genre-bending albums heard in a long time!

‘The Death Of You & I’ is a personal favourite – it’s got an almost latin beat behind it before it unleashes a hidden ferocity. The calm verses that erupt into the heavy, chaotic choruses make this an intense and fun song which you can’t help but want to thrash around to, wildly. There’s even an almost salsa-esque breakdown before the final chorus, making this one of the most intriguing songs I’ve heard in years.

Other stand-out tracks include; ‘Running On Empty’, which is relatively mainstream and quite indie (like something you might expect to hear from The Killers or Maccabees), ‘Telescope’ with its beautiful overlapping vocals at the end, ‘That Was Then’, which has stunning, dynamic vocals, ranging from deep to falsetto, topped off with a powerful and melodic chorus and ‘When You Go’, which is a track you would expect to hear from the likes of The Barr Brothers or Vance Joy and be accompanied by a music video shot with an old, handheld, film-reel camera; it’s strongly folk flavoured.

Gracie has been quoted as saying that he set out to create the best record of all time and whilst there are bound to be people who have differing opinions, he certainly has created a masterpiece! The brilliant blend of highs and lows, and fusion of indie, rock, country and latin flavours has genuinely created one of the most genre-bending albums heard in a long time…yet somehow it still works as a comprehensive body of work that is uniquely identifiable as him. This is an album I am certain will make a big impact this year and will definitely carve out an exciting future for his music career. Utter brilliance!

‘Isaac Gracie’ is out now and can be downloaded from iTunes – https://itunes.apple.com/gb/album/isaac-gracie/1345686455

Silhouettes Of You (Official Video)

We hope you’ve enjoyed our review! What do you think of Isaac Gracie’s self-titled debut album? Are you as much of a huge fan as us? What would you rate it? Please leave your thoughts in a comment or chat to us about it via our socials. 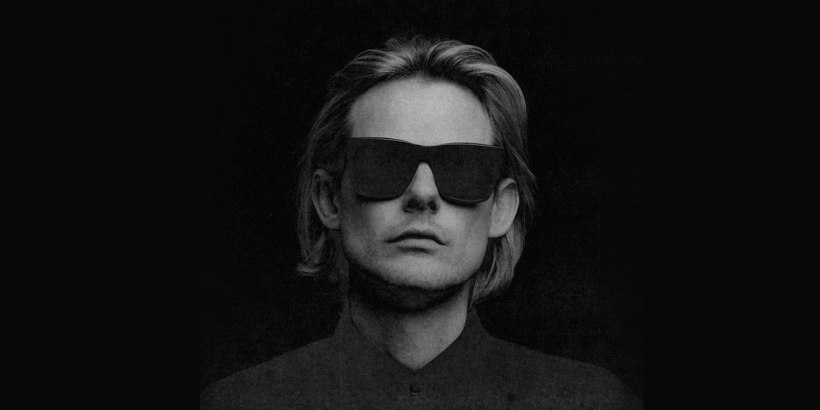 Fresh off his set at Ireland’s Electric Picnic festival, I had the opportunity to chat to producer and DJ, John Gibbons, about the success of his recent single, ‘P.Y.T. (Pretty Young Thing)’ and what he’s got in store for us in the coming months. We also had the chance to talk about who he’d really like to work with and what other passions he has, outside of music. It’s all here…

Hey John, how’s it going?
Really good thanks. Have just finished my set at Electric Picnic festival in Ireland, which is always a major highlight on the summer circuit so I’m in buoyant form and ready for the winter club season!

So you released ‘PYT’ back in April and the reception seems to have been incredible, how exciting has that been for you?
Very exciting indeed! The reaction to ‘PYT’ has been phenomenal all over the world and it’s immensely gratifying to receive constant feedback from so many people who feel it has done justice to the memory of Michael Jackson – something I was very conscious of whilst producing the track. I can’t wait for the next single now!

What future plans have you got? Any new singles or an album in the pipeline?
The most immediate plan is the release of the follow-up single to ‘PYT’. It’s an original track rather than a cover this time and will be out in the next couple of months so I’m looking forward to stepping things up another gear – it’s a banger! An album will follow at some point but for now the priority is the next couple of singles. I’ve a number of interesting remixes coming out soon too so keep an ear out for those.

Where do you take inspirations from when creating your music?
From all over. I listen to all styles of music and have done from a very young age so I like to draw inspiration from that diverse musical background. I also like to put a little of myself into each track so the direction of much of my music is also influenced by what’s going on in my life at any given time and sometimes past experiences also. Overall though, I want to make people feel good about themselves and transport them to a place where they can leave the world behind for just a few minutes while listening – expression is important but sharing the experience is even more important in my opinion.

If you could do a collaboration with anyone, who would it be and why?
The Weeknd. I’m a big fan of him and vocally I think he’s so perfectly suited to what I do that he’d be foolish not to collab with me – our track would undoubtedly be the biggest moment in both of our shows – hit me up Abel!

What music have you been listening to most recently?
In terms of dance music I’ve been listening to and playing out a lot of the new wave of latin-influenced house that’s been shutting down shows all over this summer – hit up my radio show every week to hear loads! Otherwise I’ve been listening to loads of Huntar, a UK artist who I’m a huge fan of and is gonna be massive, also Irish band, Walking On Cars, lots of UK grime and I’m also really enjoying Australian artist, Wish I Was, at the moment too.

If you had to cover/remix a recent chart song, which song would it be and why?
I think ‘Glorious’ by Macklemore. The energy in that track is tailor-made for a big piano-house pop cover and his vocal would slot in deliciously. I can picture the live show together too – a high-octane match made in dancefloor heaven!

Do you have any other passions outside of music?
My big passion is tennis. Whilst I don’t play anything like as often as I used to in the past (which was all day every day as I grew up!), I’m still a huge fan of the sport and in particular Roger Federer – the guy is an inspiration on so many levels. I also love languages and am generally in the middle of learning a new one. At the moment it’s Polish!

What really grinds your gears?
The fact that most people in Western society spend too much time time looking outwards rather than inwards and down when we should be looking up. I feel the world would be a much better place if narcissism and vicariousness were replaced by quiet introspection and positive action.

What’s the best film you’ve seen lately?
The Truman Show. I know it’s not a recent movie but I watched it just yesterday. It’s my favourite movie of all time, closely followed by They Live. Two movies with mind-blowing messages for those with eyes to see…

If, in say 20 years time, a film was made about your life, who would you want to play you?
Leonardo di Caprio – sure we already look practically identical!

If you could be any chocolate bar, which one would you be?
A Star Bar. That’s the direction I’m always reaching and where I’d be most at home!

What’s the best advice you’ve ever been given?
Read between the lines…

John Gibbons‘ releases are all available:

Enjoyed this? Check out some of our other interviews here:

Sure, Nelly Furtado might not seem like a particularly #WildCardWednesday choice, however I have chosen this song – Manos Al Aire – because it is sung entirely in Spanish.

The song (which translates to ‘Hands in the Air’ or ‘I Surrender’) was the first single taken from Nelly Furtado’s first entirely Spanish album, Mi Plan (2009) and was produced by James Bryan and Nelly Furtado herself.

Furtado stated that one of the reasons this song is in Spanish is due to the complexity of the lyrics and that it would be a “train wreck” if it were sung in English.