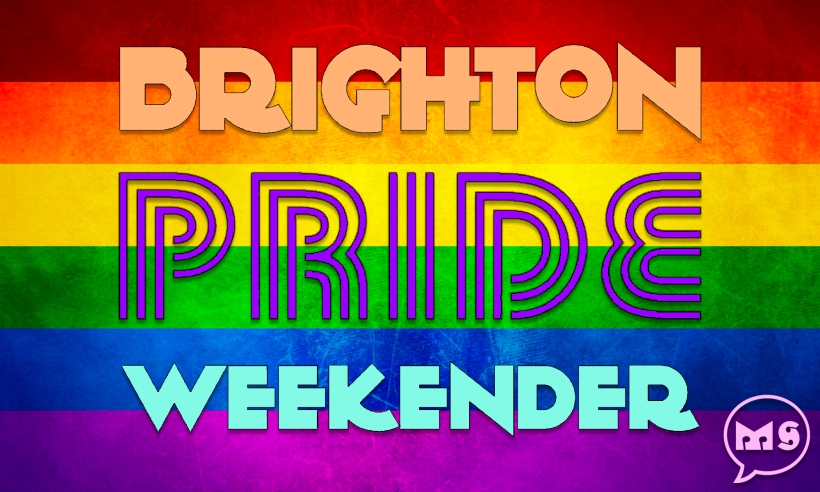 Brighton Pride is fast approaching, so to celebrate, we have updated our Brighton Pride Weekender playlist, dedicated to one of the city’s biggest annual events, promoting equality and diversity with the aim to eliminate discrimination against the lesbian, gay, bisexual, transgender and more (LGBT+) community.

This playlist has been lovingly crafted to include a variety of tracks, by the artists performing at Brighton Pride 2019, as well as some other great anthems!

If you already own the songs and want the custom artwork, please feel free to copy/download it below:

We hope you enjoy this playlist as much as we’ve enjoyed creating it!

Also, if you’ve got any songs you want to suggest for us to add, please let us know 🙂

Brighton Pride is fast approaching and to celebrate, we have created our first ever, Brighton Pride Weekender playlist dedicated to one of the city’s biggest annual events to promote equality and diversity with the aim to eliminate discrimination against the lesbian, gay, bisexual and transgender (LGBT) community.

This playlist has been lovingly crafted to include a variety of tracks, by the artists performing at Brighton Pride 2018, as well as some other great anthems!

If you already own the songs and want the custom artwork, please feel free to copy/download it below:

We hope you enjoy this playlist as much as we’ve enjoyed creating it! Please share the link to this post, or the playlist itself and give it a cheeky follow on Spotify too – https://open.spotify.com/user/muzik5peaks/playlist/5nXqTcFL05VwLPppVaNIE6?si=fV9Vk8vDQgCVQUgAUzI9ng. If you’ve got any songs to suggest for us to add, please let us know 🙂 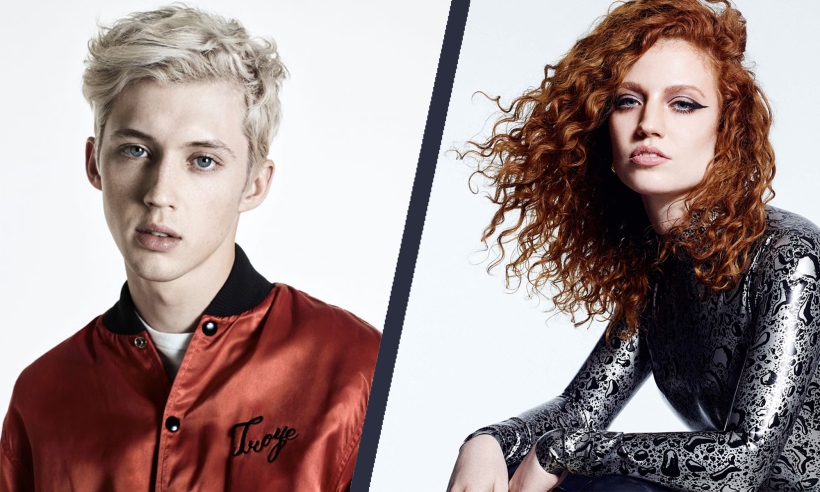 Troye Sivan is South African-born, Australian singer, songwriter, actor and YouTuber who has been gathering a huge online following over the past few years.

Openly gay, Sivan describes ‘Bloom’ as a, ‘subversively queer song,’ that sees him take on the role of a passive guy losing his virginity. Although it’s full of innuendo, it is a really fun, subtle track that has an incredibly catchy chorus (but not in an obvious sense). It’s summery and deserves to be played loud…I expect his pride appearances this year will be huge!

No music video (as such) has been released, however a 3D animated lyric video, created by Jason Ebeyer, was released, featuring an animated version of Sivan floating through a fantasy land.

Jess Glynne is finally back with the first single since her 2015 debut, I Cry When I Laugh, indicating that her second album is on its way!

‘I’ll Be There’ is an uplifting track with very soulful and gospel-like qualities to it whilst maintaining a contemporary pop sound. It is a track that transcends as it progresses; this song makes it easy to see why she’s won a Grammy! I hope this is another Number 1 hit for her, like 2015’s debut, ‘Hold My Hand’.

The video itself doesn’t appear to have much of a narrative however the locations she performs in are pretty interesting and vibrant colours certainly play an important part throughout. Well worth a watch.

As you probably know by now, we’re big supporters of Frankmusik (check out our interview) and if his latest single (‘Going Under’) is anything to go by, that’s not going to dwindle any time soon.

The electronic artist has been going it alone, without a label, for some time and he’s still producing incredible music, growing and developing his sound with each and every release. The singer’s latest track is very different from his previous releases and has a much for edgy, underground vibe to it, but it’s epic – the instrumental drop is sick beyond belief; I defy anyone not to start skanking out to it!

‘Going Under’ is on iTunes for downloading now! – https://itunes.apple.com/gb/album/going-under-single/id1220779282

Disciples – ‘On My Mind’

Our second track today is ‘On My Mind’ by London-based trio, Disciples (consisting of Nathan Vincent Duvall, Gavin Koolmon, and Luke McDermott).

The trio’s deep house song, is somehow relaxing yet at the same time, danceable. It’s got a late-night summer feel to it. It’s the kind of track that would keep you going well into the early hours especially with the combination of harmonised vocals, repeating, “On my mind” – it’s truly quite entrancing.

This is a fantastic song; one I could quite happily listen to on repeat, for hours! 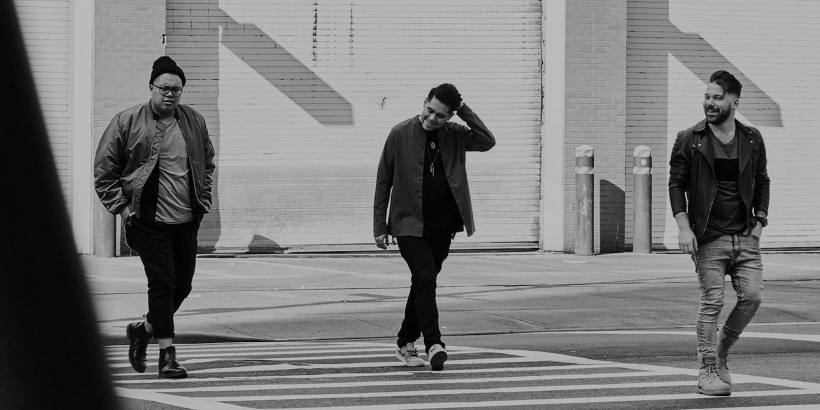 A R I Z O N A are an incredible electro-pop band, who have over 200 million streams on Spotify, to date, and over 9 million monthly listeners, and signed to Atlantic Records just over 12 months ago.

Not only in the song incredible, but the music video is too – it is a moving video, starring a true-life young gay couple, and tells their story throughout. The couple contacted the band, asking for a short message, but in turn the band decided to honour them in a music video. It’s a real must-see, so check it out below.

In relation to the video, Hailee Ritcey (one of the two main characters in the story) shared the following on social media:

“For a long time this day has filled me with so much fear and anxiety. I’ve never been really sure what I would say, why I felt like I needed to post, or why it even mattered at all. It’s taken me a long time to come to this level of confidence with myself and with my relationship. I have been so lucky to have wonderful family and friends that have really helped me to this point. And I’ve realized the people that truly love and care about you always will, regardless. So a few months ago Carly and I took a trip to Seattle to see one of our favorite bands. Because their music means so much to us I decided to reach out to them. I knew it was a long shot to even get a response but then they took it one step further. They asked us to tell our story through their music. So this is my girlfriend. And this is A R I Z O N A. Thank you A R I Z O N A for creating this incredible opportunity for us and thank you for your music. So much love!”

What are your thoughts of this electronic band? Got a #MellowMonday track to recommend us? Please leave your thoughts or song suggestions in a comment or via our social media.

‘About U’ is MUNA’s must-have debut album – a thoroughly powerful and stunning release!

In case you didn’t already know, MUNA are an American band consisting of Katie Gavin, Josette Maskin and Naomi McPherson, who have been hard at work, crafting their own unique sound and brand of “dark pop”; this is their debut album, About U. 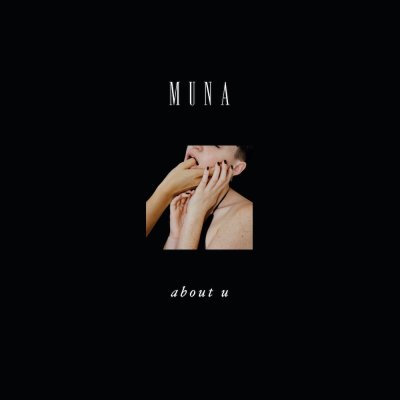 About U is an incredible debut album; it’s production is slick and the lyrics are playfully honest. The band have ensured to steer clear of gender pronouns to ensure their songs are able to resonate with a person of any gender or sexuality, yet they still cover a wide variety of topics; relationships, heartbreak, regret, freedom and individuality. Yes, it’s an album predominantly about the ups and downs of love, but MUNA have definitely taken a refreshing stance on it.

What I love about this album is how the style of it flows superbly yet each song has its subtle gems in the production, that make each and every one of them stand out.

It features all the fan-favourites (‘So Special‘, ‘Loudspeaker‘ (an unapologetic anthem for being your imperfect self – a real highlight of the album) and ‘Winterbreak‘) as well as their newest single ‘Crying On The Bathroom Floor’, which is packed with melodrama. Then there’s the huge, hit single, ‘I Know A Place‘ which is pure pop perfection – it’s catchy as hell and the lyrics provide unity; it’s an anthem for the LGBTQ community and has provided a beacon of hope for those who’ve suffered horrendous attacks in recent times.

The band’s sound is stunningly well-crafted; from the huge, euphoric synths and drum pads to the subtle, endearing guitar licks, Katie Gavin‘s vocals weave beautifully across the tracks. At times she has a vocal style similar to that of Katy Perry and the use of vocoders is subtle yet haunting – very reminiscent of Imogen Heap.

Some of the stand-out tracks (besides the singles) include ‘Around U’ (an anthem of detachment; freedom from a former lover), ‘After’ (an exploration of the feelings you get from the morning after the night before) and ‘Promise’ (an admission of lies that have been told, after it’s too late). ‘End Of Desire’ and ‘Everything’ are fantastic songs too.

All-in-all, this album is the perfect debut and thoroughly deserving of the rating I’ve given it. There isn’t much I can fault with it. It almost allows you to forgive yourself for past mistakes you made and empowers you to take control of your life by embracing the highs and lows of love and relationships. A thoroughly powerful and stunning release. I honestly reached the end of the record and wished that they could release another album of new music next week!

About U on Spotify

‘I Know A Place’ (Official Video)

I hope you enjoyed ‘About U’ as much as I did! What are your thoughts? What would you rate it? Please leave a comment below or let us know via our social media. 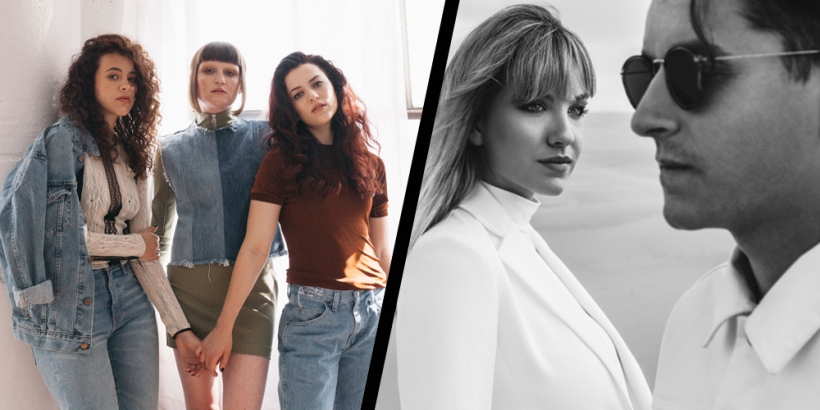 I have been an avid MUNA fan for some time now, but their recent release of ‘I Know A Place’, has just further cemented my love for the trio!

It is incredibly anthemic and features a chanting chorus of “I know a place, Where everyone’s gonna lay down their weapons,” which is guaranteed to have everyone singing along.

It is firmly rooted around the LGBTQ community and lets everyone know that safe places can exist for those within the community. It’s one hell of a catchy tune with an uplifting message that just begs to be replayed over and over again; I certainly have been!

No video has surfaced yet, but I’ll keep you updated if/when one does!

In contrast to MUNA‘s ‘I Know A Place’, is the sibling duo, XYLØ‘s ‘Get Closer’, which looks at how relationships today are often shrouded with distractions in the form of social media, constant in-your-face advertisement and immediate access to information; all of which are detracting from face-to-face interaction and relationships and causing people to become more distant from the ones they were once inseparable from. The message is pretty dark.

The video helps to captivate these distractions in the form of the neon lights, lasers and strobe lights and depicts the song perfectly. Check it out below!