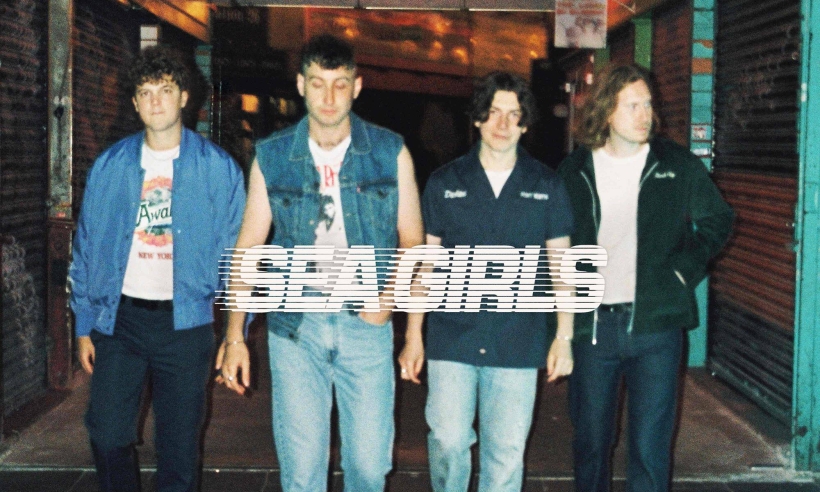 Sea Girls are a UK-based indie rock band that formed in 2015, consisting of four members: Henry Camamile (vocals and guitar), Rory Young (lead guitar), Andrew Dawson (bass) and Oli Khan (drums). Since their formation, the band have become known for their high-energy shows and big indie anthems. With a string of EPs and a debut album behind them already, 2022 sees the release of the band’s sophomore album, Homesick. Here’s what we have to say about it… 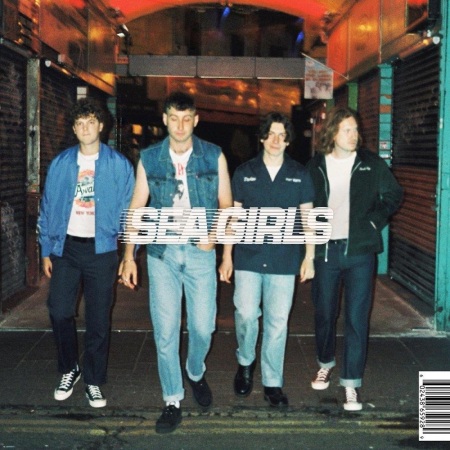 From the outset, it is clear that this band have worked hard to create an album packed with anthemic chorus and catchy hooks that are begging to be sung along to in big arenas.

Album opener, ‘Hometown’, serves as an epic introduction to the record with its euphoric, stadium-filling sound, before leading into single, ‘Sick’ – the rhythm chugs throughout, whilst vocalist, Henry Camamile, sings about all the things he’s “sick” of and how he wishes he could turn back time to when he was a child and times were more innocent.

Next is ‘Lonely’ – another big song with its eerie whistling (like something you might expect to hear in an old Spaghetti Western) and a massive chorus about the loss of an old flame.

There’s so much to love about the record, but some of the best tracks on the album include: ‘Someone’s Daughter Someone’s Son’ – a song that starts with a deep vocal before picking up the pace and launching into some serious feel-good vibes to the beat; ‘Paracetamol Blues’ with its upbeat, The Killers-esque vibes; and the incredibly danceable ‘Higher’ that features processed beats (in parts) and has a very Walk The Moon-type feel to it.

Homesick is an album that brilliantly cements Sea Girls as giants of the British indie music scene.

‘Sleeping With You’ sees Camamile singing of remembering an old love whilst sleeping with someone new, ‘Again Again’ has a big stadium feel to it and the wonderfully appreciative ‘Lucky’ looks at how “lucky” they are for the things they have in their lives and the time and place they were born into.

‘Cute Guys’ stands out (not necessarily for the right reasons) as an other-worldly song that starts with acoustic guitars, spacey-sounding synths and cracking vocals before descending into a chaotic, shouty and altogether quite horrifying track that’s so different from the rest of the record.

The album closes with the nostalgia-infused ‘Friends’ that’s calling out for members of the crowds at their live shows to put their arms around one another and embrace a shared experience.

Homesick is an album that brilliantly cements Sea Girls as giants of the British indie music scene. It’s eclectic, interesting, poetic and packed with songs that will have you coming back time and again. There are clear inspirations taken from bands before them, but they have used these influences to craft something wonderful. For those who are already fans of the band, this is going to prove a real treat to listen to. Whilst others who are new to their work, will find this a great starting point to get excited about them and is sure to have you delving into their debut album too. All I know is that it’s left me excited to see what direction they will take next.

‘Homesick’ is out now and can be downloaded from iTunes – https://music.apple.com/us/album/homesick/1579054914

We hope you’ve enjoyed our review! What do you think of the band’s second album? Are you as much of a fan as us? What would you rate it out of 5? Please leave your thoughts in a comment or via our social media.