Misha B is finally back with her latest single, ‘Letter To My Sistars’, and I couldn’t be happier to see her return!

The latest song from the ex-X Factor artist has a definitive, old-school R&B / Hip Hop vibe with an understated beatbox intro, vinyl-tinted beats and clean guitar melodies throughout, topped off with some wonderfully raw and effortless vocal harmonies.

‘Letter To My Sistars’ is a strong departure from her post-X Factor days yet still remains polished and true to herself. It’s a female empowerment track about looking out for each other (Don’t mess – “If you put a finger on my sister, guaranteed your head pop, pop, pop just like blister”); an urban anthem at its best.

The video for the track is fun too – seeing Misha B performing alongside strong female characters in and around the urban environment but also has narrative segments depicting Misha as a child, with one of her “sistars”, as referenced in the track. Go check it out, below.

I’m super excited for this return and hope that maybe this will signal an upcoming debut album?! We can only hope!

What are your thoughts of Misha B’s latest release? Are you as pleased to see her back, as we are? Do you have a #WildCardWednesday track to recommend us? Please leave your thoughts or song suggestions in a comment or via social media.

‘Letter To My Sistars’ can be downloaded off iTunes now – https://music.apple.com/gb/album/letter-to-my-sistars-single/1467045615 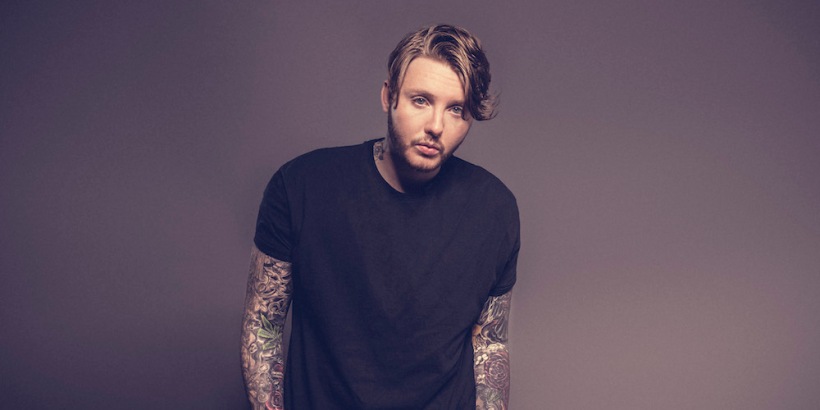 James Arthur rose to fame when he won the X Factor back in 2012. It was then in 2013 that he released his self-titled, debut album. Having left Syco and taken a break from music, he’s set to return with his second album Back From The Edge, lead by this single, ‘Say You Won’t Let Go’.

This song is raw and brimming with emotion – it feels honest and paves the way for a really deep album. Having been through a lot over the past couple of years, I am intrigued to see how it will shape his sound, especially after working with the likes of MOKS on ‘Otherwise‘.

Are you excited to have James Arthur set to return? What do you think of this new, mellower sound? What song would you choose for #MellowMonday? Please leave your thoughts or song choices in a comment below.

OneRepublic – ‘Wherever I Go’

Last week, OneRepublic made a triumphant return with their new single, ‘Wherever I Go’.

The single marks the upcoming release of their fourth album and sees the band return with their trademark indie-pop sound.

It’s the first new song they’ve released since the mammoth success of their third album, Native. It’s got a great, catchy chorus and a really fantastic ascension as the song progresses. It’s definitely left me excited about their upcoming record!

Reggie ‘N’ Bollie – what a pair! I can’t believe I’m featuring them, as I wasn’t really a fan when the duo were on X Factor, however this song is so damn catchy and uplifting, I can’t help but love it!

Reggie ‘n’ Bollie (formerly known as Menn on Poinnt) are a duo from Ghana, made up of Reggie Zippy and Bollie Babeface.

The pair did really well on the 12th series of X Factor, coming in second place and have subsequently signed to Syco, releasing their debut single, last week.

No official video has been released as of yet, but we’ll keep you updated on when one is released.

Both of the songs this week are relatively dance orientated, but they’re guaranteed to get you singing and dancing!

Firstly is OMI with his song ‘Cheerleader (Felix Jaehn Remix)’. Interestingly, this song is doing incredibly well in the UK charts at the moment but as a remix. The original song by reggae/urban pop singer OMI was released back in 2012 only charting in Hawaii (the singer’s home country).

In 2014, Felix Jaehn (a German DJ) made a remix of the track, going on to release it in various countries around the world (excluding the UK). It wasn’t then until April 2015, that this song saw a release date in the UK, and it’s since scored in the Top 5 of the charts.

As it’s doing well around the world right now, you are bound to have already heard this song, and sure it’s cheesy as mozzarella, but you can’t deny, it’s a gouda-n (good-un…good one)! Get it?…oh the cheese puns!

Secondly, is the new Deorro track, Five More Hours, which in it’s own right, is also sort of a remix!

In April 2014, Deorro released the song, Five Hours as a single, which was purely instrumental, as well as an American version, called Five Hours (Don’t Hold Me Back) which featured vocals from DyCy, seeing the track reach number 1 in the USA.

It was then in March 2015, that Deorro re-released the track again, this time with vocals from sensational American recording artist, Chris Brown, titled Five More Hours.

This is a supremely good dance track with impressive vocals from Chris Brown – one to truly sink your ears into!

Happy Two4Tunesday everypeeps – I hope you’re having a great day! Please leave a comment below with your two favourite tracks this week, and also share the link to this post with your friends. Much love!