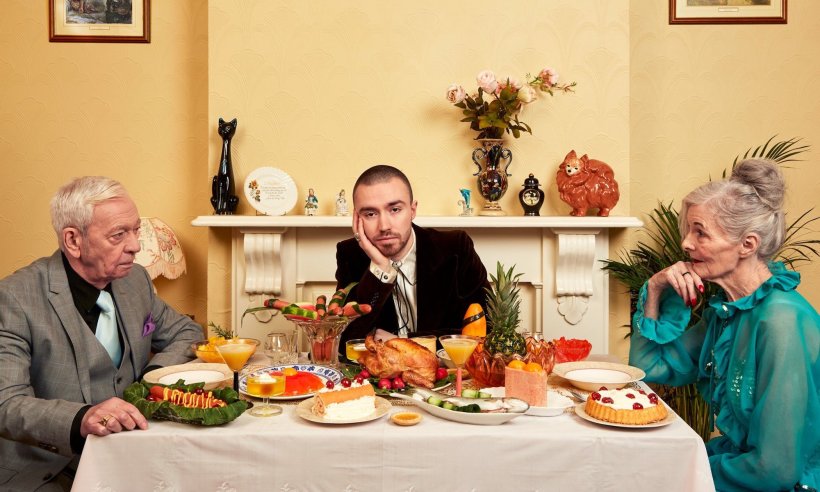 Matt Maltese is a piano-led, 21-year-old, singer-songwriter, who pens songs that are both emotionally intelligent and satirical at the same time. Having recently toured with Isaac Gracie (review), he is now releasing his debut album, Bad Contestant, through Atlantic Records. Here are our thoughts…

Matt Maltese‘s debut, Bad Contestant, is jam packed full of wisdom beyond his years but served up with equal doses of cutting humour, hilarious irony and pure over-exaggeration. This is an artist who merges, at times, understated yet sultry melodies and retro sounds with stunning lyrical craftsmanship to create his own unique style.

Album-opener, ‘Greatest Comedian’, begins with an unassuming introduction before launching into a fantastic set of back-handed compliments topped off with some intriguing instrumentation and beautiful higher-pitched vocals in the chorus; very similar to something by label-mate, Will Joseph Cook.

Title-track, ‘Bad Contestant’, has some seriously funky synth sounds and sees Maltese take on the character of an overly honest and confessional yet fruitless game show contestant.

This is very much an album where jazz and a touch of britpop meet funky, organ-led soul.

Meanwhile, ‘Nightclub Love’ is deeply satirical look at how Maltese sees the realities of clubbing and finding love there, whilst ‘Less & Less’ is an extremely saddening break-up song that is both beautiful and also attempts to put a positive spin on the situation. Of course we can’t go without mentioning the wonderful track, ‘As The a World Caves In’; a hysterical tale of the unlikely hooking up of Donald Trump and Theresa May, watching the nuclear destruction of the world as they do it; genius!

Other key tracks worth taking note of, include; ‘Sweet Sixteen’, an organ-led track taking a twisted look at a modern relationship – the sound is very much somewhere between Kaiser Chiefs and Blur, ‘Like A Fish’ which sounds like the opening to an old, 80s, British TV show and ‘Misery’ which is a dark and intense track with some reverse-sounding vocals on the chorus. In fact, the latter half of the album appears to get darker as it goes on.

This is very much an album where jazz and a touch of britpop meet funky, organ-led soul, all dressed up in a hipster outfit and sung with a deep, crisp and crooning vocal. Picture Blur, Pulp and Jamiroquai creating some sort of spliced-together lovechild that’s been brought into the modern, contemporary age and you get Matt Maltese‘s debut, Bad Contestant. A truly alluring debut that is sure to pave the way for an exciting career ahead.

‘Bad Contestant’ is out now and can be downloaded from iTunes – https://itunes.apple.com/gb/album/bad-contestant/1365077870

As The World Caves In (Official Video)

We hope you’ve enjoyed our review! What do you think of this singer-songwriter’s uniquely captivating debut album? What would you rate it? Please leave your thoughts in a comment below or via our social media. 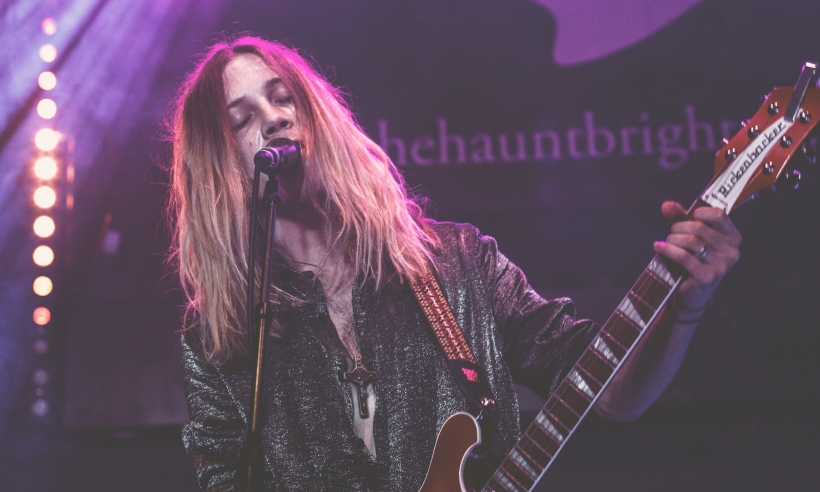 On Wednesday 25th April, Isaac Gracie arrived in Brighton to play a headline show, in support of his self-titled debut album (review here) with support from up-and-comer, Matt Maltese. It really was a fantastic show!

The singer took to the stage, dressed in a retro-looking brown suit, and performed a string of songs taken from his upcoming debut album, Bad Contestant. His songwriting is quite politically-charged and certainly has a folk/indie vibe to it. There’s an excellent power behind his vocals and a real satire to his between-song banter.

Highlight: The hilarious concept behind the final song of his set, ‘As The World Caves In’; the idea of Donald Trump and Theresa May having a final night of lovemaking as they click the red button, destroying the Earth.

Isaac Gracie took to the stage in front of his sold-out audience, to a deafening applause, launching straight into the thought-provoking, ‘All In My Mind’. Isaac is certainly a brooding artist and for the first few songs, you could hear and feel the aching anxieties he pours into his songwriting, with little audience eye contact, show-casing his artistic vulnerability perfectly.

It wasn’t long before he warmed up to the audience, cracking some jokes during his between-song banter, making reference to ‘Terrified’, saying that maybe he is cut out for it after all. He also fed off a couple of audience members calling out, superbly; it brought the audience closer to him and let them in on his dry, almost geeky sense of humour.

You can’t help but marvel at the passion behind Isaac’s voice and lyricism; he is someone who has clearly worked incredibly hard, crafting their songwriting and made every effort to create a collection of songs that are brilliantly diverse yet still remain true to him, as an artist. His show was impeccable! Some of the most stand-out performances included, ‘Terrified’, ‘One Night’, ‘The Death Of You & I’, ‘Running On Empty’ and ‘Last Words’.

At one point, he made reference to the last time he performed in Brighton, at this very venue, when he supported The Japanese House in February 2016 (see our review here) – it was great to see how he’s gone from being a support act, to headlining his own show in such a relatively short space of time, and much deserved too!

This is an artist who is only just scratching the surface of their career, with their honest and genre-blending music; I truly can’t wait to see what he does next.

Finally, I want to say an absolutely HUGE thanks to Hannah Braid for setting up this review and to Isaac Gracie and Matt Maltese for putting on a fantastic show. It was also great to have the chance to meet Isaac too! 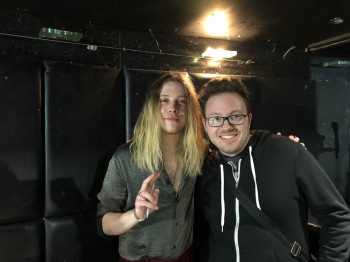