Cory Wells is a singer-songwriter hailing from Redondo Beach, California. Wells’ past lies in that of the metal scene and although his solo career has taken a lighter path, his debut album, The Way We Are, never forgets his roots. Here’s our take on it…

We all mellow out eventually. As time goes on, our tastes ‘mature’ and many of us fall away from our respective scenes, perhaps in search of something musically that fits our changing needs. It feels like Cory Wells is trying to fill this need and it is clear right from the start in ‘Distant‘, that emo toil and angst are the order of the day. It’s a beautiful introduction to the album which highlights just some of Wells’ vocal talent but it doesn’t give too much away of what this record will deliver. ‘Keiko‘ follows this with a slight tweak up in the mood, which is a feature of the whole album. Wells is constantly shifting the dynamic but not dramatically enough to take away from what is clearly an outpouring from the heart, for himself. Furthermore, these small dynamic shifts help the album to flow in and out of each track.

A particular highlight of the album is ‘Wildfire’. This track delivers brilliant vocal hooks across the chorus and seamlessly blends Wells’ metal influence with the introduction of screamed vocals. It’s a feature also found across the album in ‘Walk Away‘ but it’s not shoehorned in for effect. It works to show Wells’ breaking emotion in the music and it never overstays its welcome, on what is an acoustic-based album. This screamed vocal is also heard on ‘Harbor‘ which throws reminders back to early City and Colour with its falling guitar melodies and stunning vocal range. Across the album, Wells shows great talent both vocally and musically – his voice seamlessly moves from a smooth Dallas Green style, to a more driven feel like those of Tim McIlrath (Rise Against) and of course that vocal scream!

Overall this doesn’t feel like a debut album – Wells shows his prior experience from other projects to produce a truly complete feel to the record.

Don’t be lured into thinking this album is all about the slow pace of that “sucker for anything acoustic” vibe of the mid 2000s emo days (although ‘Fall Apart‘ featuring Lizzy Farrall is a great pastiche to this). Upbeat tracks such as ‘Broken’, ‘Patience’ and ‘Cement’ musically provide some light relief, but lyrically follow a similar trend to the rest.

Overall this doesn’t feel like a debut album. They usually feel like a collection of tracks in this genre, but Wells shows his prior experience from other projects to produce a truly complete feel to the record. Tracks like ‘End of a Good Thing’ and previously mentioned ‘Wildfire‘ are great tracks on their own, highlighting Wells’ writing talent for building suspense and emotion, but the album deserves to be listened to as a whole. There is a well-written narrative here, both musically and lyrically; it’s the kind of album ready to be the soundtrack to your late-night drive.

For fans of: City and Colour, Deaf Havana, This Wild Life.

‘The Way We Are’ is out now on Pure Noise Records and can be downloaded from iTunes – https://music.apple.com/gb/album/the-way-we-are/1480535816

The Way We Are on Spotify

We hope you’ve enjoyed our review! What do you think of this singer-songwriter’s debut album? Are you as much of a fan as us? What would you rate it out of 5? Please leave your thoughts in a comment or via our social media. 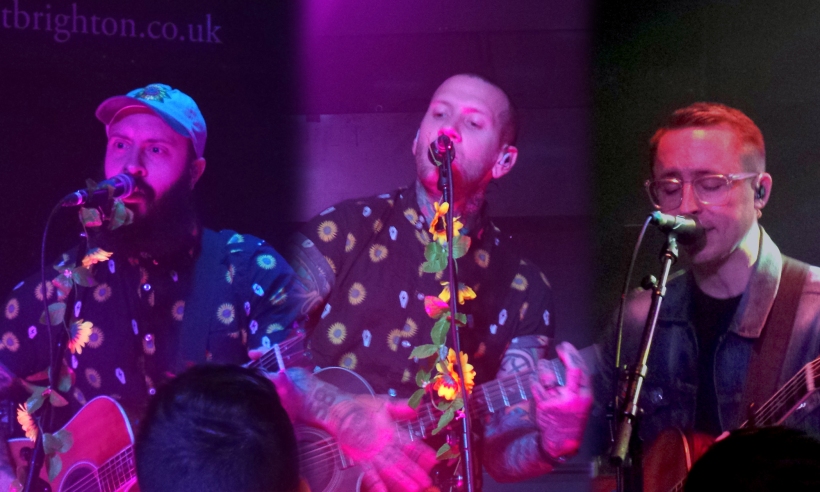 On Saturday 9th February 2019, William Ryan Key and This Wild Life arrived in Brighton in support of their recent EP and album releases. They were supported by Brighton-based OKTOBA. It was a magical evening, particularly as it was the last night of their month-long tour. Here’s what we thought of the evening…

Chris Athorne (better known by his moniker, OKTOBA) performed a wonderfully haunting set with his unique brand of alternative folk. His vocal melodies are powerful and ethereal. He’s clearly a very talented songsmith – a great artist in the making and one to watch.

As a wonderfully atmospheric introductory soundtrack blasted through the speakers, William Ryan Key (best known for his days as the singer and guitarist in Yellowcard) took to the stage, with just his acoustic guitar, before launching into his first song.

There is something melancholic about seeing this singer performing without his former band mates, but equally something beautifully vulnerable and honest about his latest penmanship, making this performance something special.

It wasn’t long before Ryan (as he’s affectionately known by his family and friends) was joined by Anthony Del Grosso (from This Wild Life) on the drums, making for an even larger sound.

Though Ryan is keen to promote his new material, it was nice to see him pay homage to his Yellowcard days, performing a range of songs from the band’s back catalogue, with some anecdotes thrown in, along the way.

William Ryan Key has a powerful and distinctive voice and though it’s sad that his former band are no longer around, it’s great that he’s still making music and hearing his voice in this new light is mesmerising. He even said he hopes to be back next year, with a full album…what great news! I highly recommend going to check him out live – you won’t regret it. 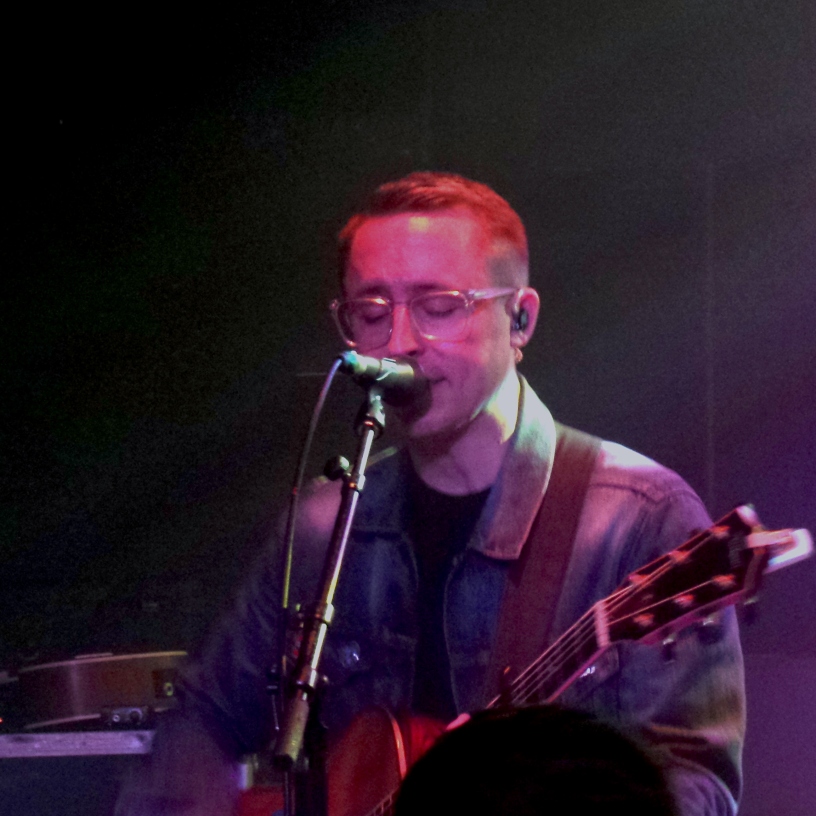 Kevin Jordan and Anthony Del Grosso took to the stage to perform their 12-song set consisting mainly of new songs from their latest album, Petaluma, with some older offerings in the mix too.

For an acoustic rock duo, their sound is remarkably full, and similarly to William Ryan Key, make incredible use of backing tracks and clever blends of their talents, with Anthony even playing the guitar and singing, whilst using his feet to play the bass drum and hi-hats all at the same time – an amazingly talented individual!

One thing that I found pretty funny was that about 95% of their songs ended with Kevin shouting out, “Very cool!” to the crowd – it comes across, almost like a comfort saying and it’s quite humbling that he’s clearly very appreciative of the audience’s reaction. It’s kind of sweet really.

The energy the band gives off is contagious – having never seen the band before or heard much of their music, I found myself completely drawn in by them and moving, even participating, along with the rest of the crowd and for this reason alone, I can’t recommend seeing them, highly enough.

It’s perfectly clear that the pair have a loyal following over here in the UK drawing in a packed house and it’s easy to see why – their interesting blend of rock elements with mainly acoustic instrumentation and a rather feel-good sound (even if some of the songs themselves are self-confessed to be pretty negative) make for something truly special. I’d definitely like to see them play live again – if you haven’t already, you should check them out!

Finally, I want to say a massive thanks to Andy Snape and Xavier Candelaria from Raw Power Management for making this review happen! Also an even bigger thanks to OKTOBA, William Ryan Key and This Wild Life for putting on such an awesome show!