Hold Close are a Pop Punk band hailing from Springfield, Missouri in the USA. To date, they have had a couple of EP releases through Hopeless Records, across 2016 and 2017 but now, 2019 sees the release of their debut album, Time. Here’s what we have to say about it…

We’re eased into the album with title track, ‘Time’ – an intro-style song, which starts off calm and rather understated, with a nice little gang vocal, riding on top of the acoustic guitar. It has quite a wholesome sound to the opening, with the lyrics, “You know time will always heal,” but by half way, bursts into a chaotic moment and a slightly heavier tone, giving us a sense of what’s to come…before calming back to the way it begins. It doesn’t last long before swiftly leading into ‘Hang Tight’, dramatically picking up the pace.

‘Hang Tight’ has an intense beat, you can’t help but get swept up in, especially as there’s a huge sense of ecstasy in the calmer moments. Near the end of the track, there’s a note that’s almost screamed before a moment of calm that comes back round as if the track is starting again – it’s marvellous.

The best tracks on the record have to be: ‘Breath’ – a beautiful track about losing someone. It’s so stunningly passionate and heartfelt that you hang on every word. The line, “Sometimes I pretend like you’re still here,” really gets me; ‘Tropical Depression’ is deeply engrossing track due to the vocal effects and the metaphor of a relationship being a-likened to a tropical depression is wonderfully poetic; ‘Here Again’ depicts a longing for someone you miss. Subtle synths swirl around powerful vocals in the chorus, which makes for a touching outpouring of emotion; lastly, ‘Separation’ makes for an epic close to the album – hauntingly beautiful guitar melodies in the chorus are met with great instrument pushes and gang vocals to really hit it home, dropping into a long, synth outro and subtle vocals.

Other tracks include: ‘Cast Me Away’ which makes for a slightly more traditional pop punk track, ‘Absent To Reality’ has a much darker tone than most on the record whilst ‘Cloud9’ has something similar about the synth sound and melody to Keane’s ‘She Has No Time’ – it’s the lyrics that mostly resonate with me; “Will I ever learn to dream again, Escape from all the things I fear and then, Find my path to seeing clear again, Make my way through what’s to come from this.”

The only real drawback about Time is that 3 of the 11 tracks are pretty short, acting as intros/interludes – sure they are haunting and give the listener a few seconds to pause, but it would have just been amazing if there were more tracks.

There’s a real maturity to this record that a lot of bands can only dream of – it’s not quite pop punk, it’s not quite alternative rock – it’s just damn good!

The occasional echo effects on the vocals, interspersed throughout the album, alongside the diverse song-writing and instrumentation, induce real moments and feelings of euphoria – it’s the kind of album you can just turn up loud and get completely lost in – engulfed by the melodies and production.

There’s a real maturity to this record that a lot of bands can only dream of – it’s not quite pop punk, it’s not quite alternative rock – it’s just damn good! The instrumentation is intricate and well-crafted, with deeply considered, honest and relatable lyrics that must have taken a lot of self-reflection.

There is a lot of emphasis placed on memories of love and people lost, right across the album and a very clear theme of time passing, reminiscing and some degree of healing coming from that. “Time will always heal” is very much a repeated phrase. A mantra.

Time is very much like the record of a pop punk band who have already had a lengthy career and matured, going on to create an album of well-considered, thought-provoking and sonically captivating music to push the boundaries of the genre…it’s just that Hold Close have achieved it early on in their career than others. The band have produced something wonderful with this album and I truly can’t wait to hear what they create next.

We hope you’ve enjoyed our review! What do you think of Hold Close’s album, Time? Are you as much of a fan as us? What would you rate it out of 5? Please leave your thoughts in a comment or via our social media. 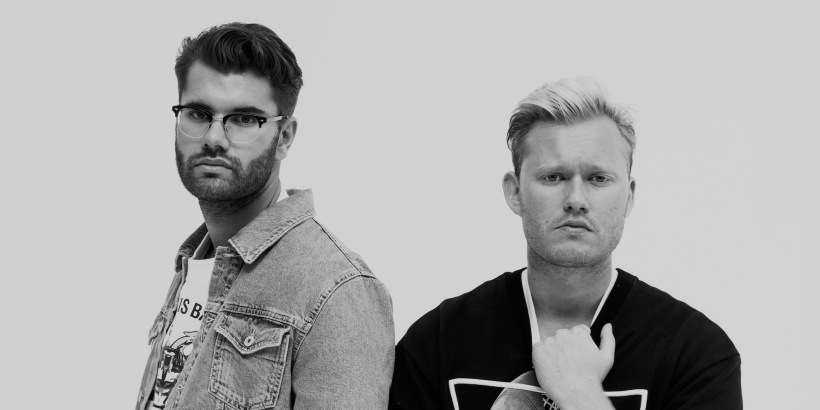 Swedish electronic music duo, Cazzette, have recently released an exciting new track that is catching a lot of people’s attention, particularly from the dance music community.

‘Handful Of Gold’ features London-born vocalist, JONES, who released her debut album last year. The track features a rather light beat, enhanced with dreamy guitars before dropping into a rather intense, horn-sounding slam. The whole track is topped off stunningly, by JONES‘ soaring vocals. It’s a song I can picture massive crowds dancing to at big dance festivals this summer.

The track will also be featured on Cazzette’s upcoming EP, ‘Time’, which is scheduled to be released on June 23rd 2017. No official video has been released but for now, we have another video featuring the track, below.

What are your thoughts of this club-like banger? Got a #WildCardWednesday track to recommend us? Please leave your thoughts or your own song suggestions in a comment or hit us up via our social media.