On Friday 24th November 2017, T’Pau came to perform at Concorde 2 in Brighton, in celebration of their Number 1 hit, ‘China In Your Hand’, 30 years ago – back in 1987! The band performed a string of hits, perfectly, with support from Scarlet and John Adams.

Unfortunately I just caught the end of John Adams‘ set – a great singer-songwriter from what I saw with quite a distinctive voice (similar in some ways to James Blunt). I will be checking out more of his stuff.

Scarlet. are a very polished band – their performance flowed smoothly and their timing was superb. I was particularly captivated by the singer’s fairly unique voice, though it does have some similarities to Avril Lavigne just with a slightly more indie/punk vibe. The bands energy was high and their songwriting style was rather brilliant. It’s not all too often that I enjoy support bands but these guys were definitely worth watching and certainly knew how to get the crowd pumped up.

The only drawback I found with this band is since I’ve come home… I can’t seem to find much of their music online. They had a PledgeMusic campaign for their debut album and there is a BandCamp account but I can’t seem to find their album to listen to, which is a real shame. Great sound though!

Carol Decker and the rest of T’Pau took to the stage, with a rapturous applause from the audience and a massive smile on her face. The audience’s diversity was impressive, from first-time-round fans to families, sharing their love of the band with their children – what struck me was just how much of a good time everyone was clearly having.

It’s a great shame that the band had a very strict curfew (as Carol Decker explained) which meant that some of their set was actually cut out prior to the show and there was less crowd interaction than she would have liked, but what between-song banter there was, was pretty hilarious.

There’s no doubt about it that the band have truly perfected their live performances; the vocal harmonies were unbelievably tight, the use of the different instruments was clearly audible across each song and the energy was electrifying. I particularly loved ‘Sex Talk’, ‘Secret Garden’, ‘Heart And Soul’ and ‘China In Your Hand’.

In honesty, I personally didn’t know a lot of the songs they performed, before the show, but I sure had a fantastic time and I would defy anybody to go to one of T’Pau‘s shows and not come out with the biggest grin on their face, having danced to their heart’s content – they truly are one of the biggest feel-good bands I’ve ever seen. I will certainly be listening to them a lot more from now on! 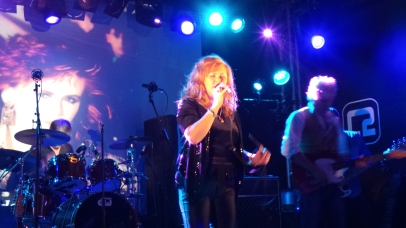 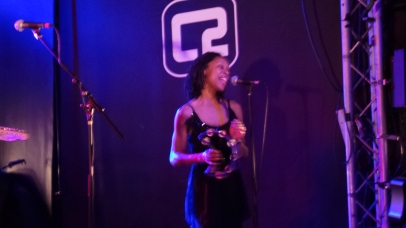 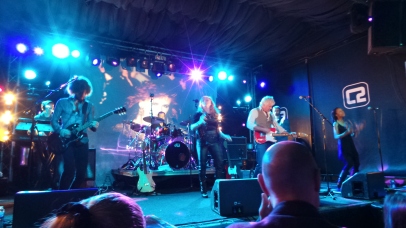 Finally, I want to say a big thanks to Richard Coates and Tony Cradock for setting up the opportunity for me to review this show. Also a massive thanks and well done to Carol Decker and the rest of T’Pau for putting on one heck of an incredible performance!