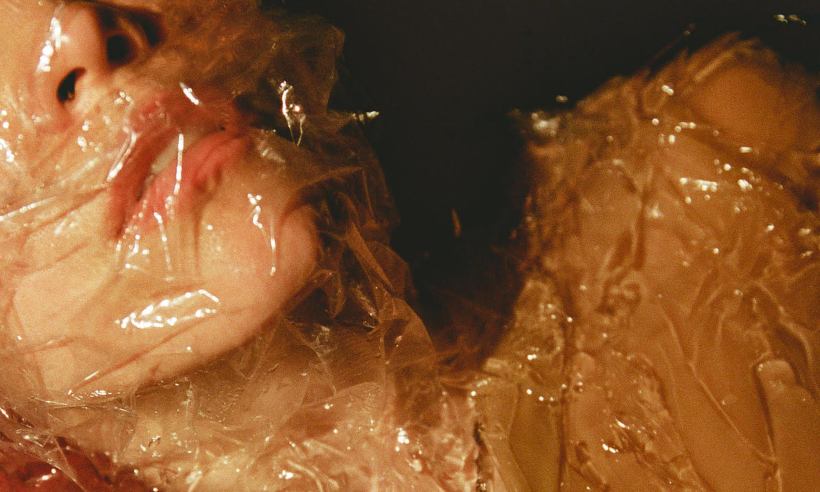 Now, Now are an American indie duo originally from Blaine, Minnesota (USA), now based in Minneapolis. The band now consists of founding members, KC Dalager (vocals/guitar/keyboard) and Brad Hale (drums/backing vocals) after a recent departure from their line-up. To date, they have had two, somewhat heavier albums and this, Saved, will be their third, full-length release. Here’s what we have to say about it… 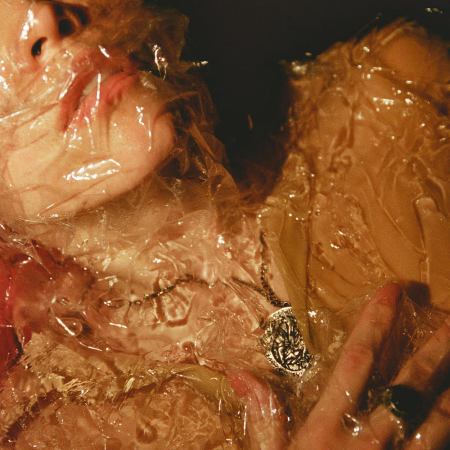 It’s been a decade since their more thrashy, emo-esque debut album, Cars, was released (back when they were called Now, Now Every Children) but since then, Now, Now have clearly been working hard on mastering the art of slick production.

This is an album that successfully merges emotive, thought-provoking lyricism based upon relatable topics, with warm, summery production; it’s credible songwriting with certain mainstream, pop sensibilities.

Saved is a stunning record. It has everything from catchy choruses and atmospheric synths to chugging guitars and heavy beats.

It kicks off with the acoustic-led, summer tune ‘SGL’ (short for Shot-Gun Lover) which would be the perfect road trip track, through the open roads of America. From there, you’ve got the captivating ‘MJ’, which makes reference to Michael Jackson‘s ‘Billie Jean’ topped off with a galloping beat (somewhat similar to MJ‘s ‘A Place With No Name’ from 2014’s Xscape)

Another significant track is ‘Window’, with its shimmering synths and manipulated vocals, that continually ascend. It’s a song about desperation for someone;“Every night I’m at your window, Wonder when you’re gonna let me in.”A truly atmospheric track.

Just listening to this album, puts you in an instantly good mood due to its stunning production and uplifting vibes.

‘Powder’ is a massive tune and a superbly powerful and passionate close to the album; it has a catchy, fun start with delicate guitars and subtle synths but as it goes on, descends into a very interesting and heavy breakdown with gritty synths.

There are certainly a lot of resemblances that can be made across the album too: ‘Can’t Help Myself’ has whispery vocals, somewhat similar to Geowulf; ‘Knowme’ is a house-like track with calm, electronica vibes, with elements of Chicane to it; ‘Set It Free’ makes cheeky reference to “wandering hands” and has a certain something about it that reminds me of a cross between The Cardigans and Sixpence None The Richer; ‘Drive’ has a beachy, Lana Del Rey vibe and ‘Holy Water’ is a song which I find merges MUNA with early Dido (with the use of industrial-like sounds) – it’s beautiful and euphoric. That’s in no way saying that they are copying other artists but perhaps making a nod to them; if anything it just goes to show what an eclectic record they have managed to create, with a little something for everyone.

As far as albums go, this is diverse and interesting with a real excitement about it. Just listening to it, puts you in an instantly good mood due to its stunning production and uplifting vibes. They have managed to craft a sound that is somewhere between airy beach-pop and grungy rock, evoking nostalgia and varying emotions throughout. This is fantastic record that is sure to be the soundtrack to many people’s summers this year.

We hope you’ve enjoyed our review; what do you make of this band’s latest album, Saved? Are you as much of a fan as us? What would you rate it? Please leave your thoughts in a comment or via our social media.

The Dangerous Summer are a rock band from Maryland, USA who formed back in 2006. Since then, they have had 3 main studio albums (if you exclude the acoustic version of their debut), making this, self-titled album (The Dangerous Summer), their fourth.

After frontman AJ Perdomo took some time away to concentrate on fatherhood, and having cut down to a trio, the band are back with their fourth full-length album, to much excitement from fans.

Whilst I wouldn’t say this is an emo band per se, they are a far cry from their slightly more light-hearted debut, Reach For The Sun, with vocals that sound more beaten and weathered and lyrics that feel as though AJ Perdomo is carrying the weight of the world on his shoulders.

There is something very nostalgic and reminiscent about this album (both sonically and lyrically) and it appears that a lot of self-reflection has gone into the writing of it. Some of the intricate work and echoing effects on the guitars of ‘This Is Life’ and ‘Fire’ leave audible space for the listener to be taken in and reflect too – something I believe was done deliberately, in order to allow the lyrics to reach out, for maximum effect.

It is an album of poetic melancholy, even in some of its lighter moments – a solid, interesting and well-rounded collection of songs that work brilliantly together and will be appreciated by fans new and old.

Some of the stand-out tracks for me, include: ‘Color’ for the sheer force with which it launches the album, starting off as a mellow but tortured cry before descending into a more chaotic scream of atmospheric noise with the lyrics “I’m not quite myself” ringing aptly; as mentioned before, ‘This Is Life’ and ‘Fire’ for their beautiful sound and wonderful lyricism, ‘Luna’, which is a touching dedication to his daughter – I particularly love the lyric, “You are the architect to all your dreams,” and lastly, ‘When I Get Home’ which is a welcome break in the record, for its slightly more up-beat yet still edgy pop punk feel (and appreciation for their friends and the place they call home) and whilst it’s quite different to the other tracks on the album, somehow it manages not to feel out of place.

This album is definitely not one which is pushing the boundaries of the genre by any means, but that’s not necessarily a bad thing – sticking to what they know and doing it well, shows that they are a band who know themselves. It is an album of poetic melancholy, even in some of its lighter moments, so if you’re feeling like indulging in a little self-loathing or reflecting on darker times and trying to find solace in them, then this is an album for you. It is a solid, interesting and well-rounded collection of songs that work brilliantly together and will be appreciated by fans new and old. Whether you’re into edgy, alternative rock with a large portion of emo lyricism and a gravelly vocalist or you simply enjoy the sonic beauty of a band like this, then you’re bound to love it. I honestly do think it’s a fantastic album; a triumphant returning record for the band and I thoroughly enjoy listening to it – the only reason I’ve rated it 3.5/5 is purely because I’m not sure how well it’ll stand out, over time.

‘The Dangerous Summer’ is out now and can be downloaded from iTunes – https://itunes.apple.com/gb/album/the-dangerous-summer/1297025337

The Dangerous Summer on Spotify

We hope you’ve enjoyed our latest album review! What do you think of The Dangerous Summer’s latest album? What would you rate it? Please leave your thoughts in a comment or join the conversation via our social media.

Beyoncé is back; and as usual she’s made an almighty entrance!

‘Formation’, which takes its roots in the Bounce genre (New Orleans hip hop), was actually spread by word-of-mouth and was not promoted by traditional methods – it was also released on the eve of her Super Bowl 50 performance.

Lyrically this song sees Beyoncé embracing her black heritage however perhaps she could’ve visually embraced it, in the ways she mentions lyrically, in the video!

The song hasn’t actually been released on Spotify and the video is unlisted on Beyoncé‘s YouTube channel, but you can download the single, for free, from her hubby, Jay-Z‘s new steaming venture, Tidal.

The video has also been gaining a lot of press recently, supposedly for holding some sort of anti-police message. That, twinned with her recent Super Bowl performance in which American Police state she dressed in Black Panther Party attire; notorious for their confrontations with the police. As such, several police unions are calling for United States police officers to boycott Ms Carter’s upcoming tour…we await further news on this!

Not only has one pop queen released a new song, but so has Rihanna!

‘Work’ is a dancehall/reggae-pop track, to its very core and is taken from Rihanna‘s eighth studio album, Anti.

There is something endearingly simplistic about this song – it has an air of unfinished beauty about it, as her pronunciation of certain words is imperfect (in a good way). The video also features hip hop artist Drake‘s sultry vocals.

The music video has only just been released and is actually comprised of two videos; one directed by Director X and the other by Tim Erem. If I’m completely honest though, it is rather uneventful – just some twerking and more of RiRi ramming the fact she smokes marijuana (and is apparently proud of it) down our throats and then in the second video she is wearing a see-through top where her breasts are pretty much in plain sight – I was expecting something more epic and interesting to be honest! What do you think?

What do you think of these two massive tunes? How about the controversy surrounding Beyoncé right now? Were you as let-down by the ‘Work’ video as I was? Please share this post on your social media accounts.

The Notionaries are a 4-piece band from Denver, America, who formed in 2014.

The band have crafted their own electronic indie sound, combining percussion with electric guitars and synthesisers to create a very current and immersive persona, similar to the likes of The Killers and Walk The Moon.

This particular song is very upbeat and whilst the video is very independently shot, it’s captivating.

How do you feel about this band? Do you have any #FeelGoodFriday suggestions for us? Comment below.

‘Excited Eyes’ can be downloaded from iTunes right now – https://itunes.apple.com/gb/album/excited-eyes-single/id964021971